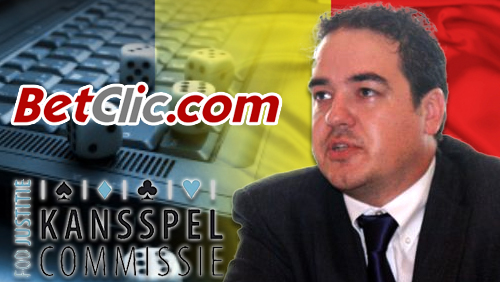 The Belgian Gaming Commission (BGC) has fined 79 players who gambled on Betclic Everest’s Betclic.com site, which does not hold a license in the country.

Betclic players will face fines of €200 ($223) for placing the unauthorized bets and balances from their Betclic account will be seized.

The BGC will have bigger plans for major bettors who wagered thousands of Euros on BetClic, with fines of up to €16,000 ($17,850), which are expected to be executed next month.

Director of BGC Peter Naessens said that it’s customary for his commission to target the illegal operators before players, but in this instance, an exception was made.

Many of the leading poker networks were blacklisted (click here for the complete list), with only PokerStars.be, Partouche.be, Poker770.be, and GoldenPalace.be holding official licenses.

Betclic, a French online gaming operator, was among the first operators to be placed on the BGC’s blacklist of unauthorized operators back in May 2012.

BetClic faced fines of €1.2 million and eventually pulled out of Belgium in April 2014. Each of BetClic’s four branded websites has been unavailable to Belgian residents.

Belgium isn’t alone in targeting players this way. In September, 2014, Munich’s Criminal Court convicted a German online blackjack player of illegal gambling activities and fined him $72,000 for wagering at a Gibraltar-based casino website.

The player was targeted initially for instances of social security fraud.

It’s always more likely that operators will face the wrath of government agencies before players but Belgium’s latest moves should serve as a warning to players in contentious iGaming markets.