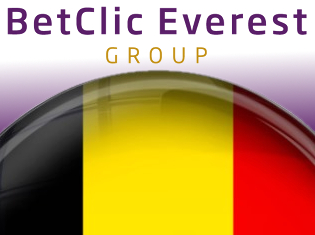 French online gambling operator Betclic Everest Group has prevailed in its legal challenge of Pari Mutuel Urbain’s (PMU) practice of pooling its land-based and online horseracing wagers. Betclic filed its complaint in 2012 with the French Competition Authority over the PMU.fr site’s ability to leverage PMU’s mammoth retail wagering presence, which has allowed PMU to capture 85% of the country’s horse wagering market. The former betting monopoly has been given until Sept. 30, 2015 to erect a wall between its online and retail liquidity.

Betclic is enjoying less favorable legal outcomes in Belgium, where the Public Prosecution Office (PPO) has seized €600k they say is the product of unauthorized online gambling transactions with Belgian punters. eGaming Review reported that the PPO acted after being advised by financial institutions that the funds were connected with online gambling, for which Betclic has yet to be issued a license by the Belgian Gaming Commission (BGC). Betclic was among the first operators to be placed on the BGC’s blacklist of unauthorized operators back in May 2012.

Belgian law allows the BGC to hit unauthorized operators with fines of up to €600k, which can be doubled if the BGC deems the transgressions to be particularly egregious. Betclic board members could also face prison sentences ranging from six months to five years should the PPO decide that criminal prosecution is warranted. The Belgian punters who transacted with Betclic could also face fines for wagering with unauthorized sites. Betclic is likely to challenge the action based on the European Commission having expressed doubts as to the legality of Belgium’s online gambling regime.

Among Europe’s newly regulated online gambling markets, Belgium has been the least shy in protecting its turf. In November 2012, Bwin.party CEO Norbert Teufelberger was briefly detained by Belgian authorities after the BGC singled out the company as the “most aggressive illegal operator” serving Belgian gamblers. That situation was ultimately resolved after Bwin.party agreed to a licensing deal with Groupe Partouche’s Belgian land-based casino operations. Belgium has since issued all its planned maximum of 35 online sports betting and nine online casino licenses, leaving Betclic little wiggle room.