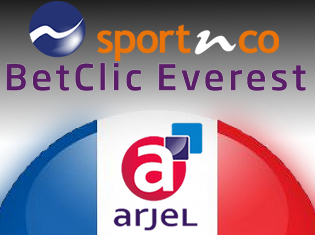 France Pari’s B2B sports betting subsidiary Sportnco has inked a deal to provide a sports betting platform to Eurotiercé, the Belgian subsidiary of French racing colossus Pari Mutuel Urbain (PMU). Eurotiercé only launched in the Belgian market late last year but is keen to move beyond its horse betting roots ahead of this summer’s FIFA World Cup action. Sportnco will provide Eurotiercé with multilingual software for both desktop and mobile in French, English and Dutch, as well as back office solutions and its own trading team. Sportnco struck a similar deal with PMU’s French sports betting offshoot Genybet in September.

Also feeling geographically restless is the Betclic Everest Group, whose CEO Isabelle Andres told eGaming Review that the company planned to make inroads into several new European markets in 2014. Betclic already possesses French, Italian and Gibraltar licenses and is among those vying for a German sports betting license. The company also hopes to acquire a UK Gambling Commission license by April. Andres said Betclic doesn’t want to “completely discard” its dot-com operations, but the company’s “real aim is to be viewed as a European operator as opposed to just a French operator.”

French national gaming regulator ARJEL always has its eyes on the country’s borders, although for vastly different reasons than either operator above. French-licensed online gambling operators have been struggling to turn a profit, largely as a result of the severe tax burden they’re forced to bear, a sad state of affairs that even the former ARJEL president agrees needs fixing. But French legislators have shown no sign of taking their feet off operators’ necks, going as far as to put the kibosh on online poker liquidity sharing with other EU regulated markets just before Christmas due to their belief that online poker is/was a fad.

With no help coming on the legislative front, ARJEL is using some of its tax dollars to launch an awareness campaign to dissuade French punters from gambling with internationally-licensed operators, most of which offer greater liquidity, more poker options and vastly superior rates of return on other forms of betting. The gist of the ad below is that punters who patronize sites not holding an ARJEL seal of approval are exposing themselves to unnecessary risk. Is it just us, or does it seem more like French-licensed sites are the ones getting robbed, stripped naked and left by the side of the road?