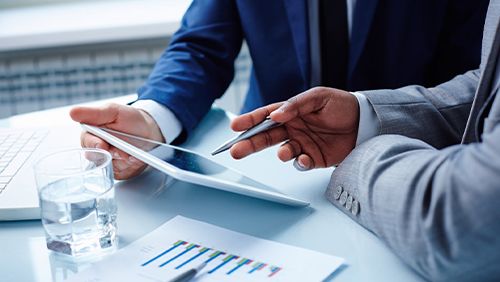 Sports gambling operator William Hill became the center of attention recently when it was announced that Caesars Entertainment was set to purchase the company for around $3.7 billion. Rumors started flying that other deep-pocketed entities were ready to challenge Caesars to the prize, and one of these was Apollo Global Management. The New York-based private equity firm is looking to get more involved in the gaming industry, which is gaining significant ground in the US, and was reportedly ready to offer William Hill more than what Caesars was willing to put on the table. Perhaps as a result of interest in other activity, Apollo has decided to drop out of the race and is no longer in the running for the global sportsbook.

The announcement comes just as Apollo was out of time to make a decision. If it were to be seriously interested, William Hill wanted a response by yesterday, November 12, with a counteroffer, but Apollo didn’t follow through. As a result of its decision to step away, William Hill’s chairman, Roger Devlin, is ready to continue his support for a deal with Caesars, which he has been optimistic about since the talk first began this past September.

One of the reasons Apollo may have decided to step away is because of a different, but potentially very lucrative, deal elsewhere. While it was parting ways with William Hill, it was entering another experiment to make a run on Great Canadian Gaming Corp. (GCG) in Canada. Apollo is reportedly willing to pay $2.5 billion to purchase the casino operator, which controls, among many others, River Rock Casino. That property has been a frenzy of activity over the past couple of years, becoming the target of a nationwide money-laundering scandal that still hasn’t been resolved.

Just because Apollo isn’t pursuing William Hill, this doesn’t mean it won’t eventually get connected to the company. Caesars plans on unloading non-US operations controlled by William Hill, and Apollo could be ready to pick up one or more of those assets. It has its hands in a number of international gaming sectors, including Czechoslovakia, where it recently gave local gambling group SAZKA Group almost $600 million to expand.

Now that the air has cleared surrounding a William Hill acquisition, there’s no reason not to expect things to move quickly with Caesars. Hooking up with Eldorado has proven to give the company renewed energy and motivation and, as long as it can keep regulators in its corner, the new Caesars is going to have a dominating position in the US gambling industry.