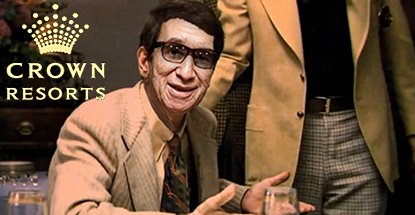 Australian casino operator Crown Resorts was told to steer clear of Dr. Stanley Ho if it wanted to win its coveted New South Wales casino license. Crown’s proposal to build a $1.5b VIP-focused casino in Sydney’s Barangaroo district was approved earlier this year but only after Crown agreed to have nothing to do with Dr. Ho and his alleged links to triad activity.

On Thursday, documents outlining the Independent Liquor and Gaming Authority’s deal with Crown were released to the state parliament, with previously censored sections on VIP gaming laid bare. A section titled “Prevention of associations with Stanley Ho” bars Crown from allowing Ho to acquire any interest or hold any position in Crown, Melco Crown Entertainment or any of their subsidiaries. Crown has agreed to do a whip-round every three months to demonstrate that it’s abiding by these edicts.

Ho, who turns 93 years old on Nov. 25, held a monopoly on Macau’s casino gaming for a couple generations until the local government opened the market to international operators a decade ago. In a nutshell, Ho is Asia’s Moe Greene. He’s Ho Greene (pictured). His legacy lives on in the operations of SJM Holdings, while his daughter Pansy was a partner in the MGM Macau joint venture and son Lawrence controls two-thirds of the Melco Crown joint venture with Crown Resorts chairman James Packer.

The report notes that Ho stepped down as chairman of Melco International in 2006 while Victorian gambling regulators were still vetting the Melco Crown tie-up. The report also notes that Pansy’s involvement with MGM prompted New Jersey regulators to question whether Stanley was getting a taste. MGM ultimately abandoned Atlantic City in favor of Macau in 2010 but has since been welcomed back after the “unsuitable” Pansy drastically reduced her stake in the joint venture.

Naturally, opposition politicians are up in arms over these alleged revelations and the government’s efforts over the past couple months to keep the document from going public. The Sydney Morning Herald quoted Greens MP John Kaye calling the document proof that Crown Sydney “will pose a real threat to NSW” and that the government was putting the state “at risk of organized crime and corruption penetration through Crown’s new casino.”

Ho hasn’t been seen much since his very public and very bizarre family squabble over $1.4b in assets in January 2011. Ho has since divided those assets up among his wives and offspring and probably thought he was due for a quiet time. Apparently not. Just to be safe, Stanley, steer well clear of any massage tables.