Home / Casino / The King of Gambling busts out 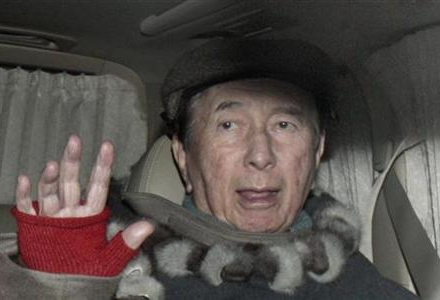 Stanley Ho’s 40-year stay in Macau’s casino business has come to an end after the ailing casino magnate gave up the remaining 0.09% that he held with barely a whimper. A disclosure was made to the Hong Kong Stock Exchange that the off-exchange transaction had taken place. It means that Ho’s remaining five million shares were sold for HK$76.4million.

The recipient of the remaining shares is Ho’s fourth “hoe” Angela Leong On Kei. She purchased all five million of the shares meaning her share of SJM stands at 8.30%. Ho’s last relinquishment come after a dramatic year for the Ho clan. The “King of Gambling” gave up much of his business back in March. On that date, his share went from 31.6% to a mere 0.117%. His “fourth wife” picked up around 6% of the casino business with the other 25.538% split amongst unidentified family members.

January’s dispute was an extremely public one with Ho literally wheeled out in front of the watching YouTube camera to give various statements contradicting even his own lawyer. One video saw the not-at-one-hundred-percent magnate calling the planned asset transfer a robbery. Thankfully, the female known as “the fourth one” stepped in to help out.

The 89-year-old ran a gambling industry monopoly on the Chinese enclave of Macau for a number of years before the government permitted other firms to come in for a mug of green tea. Since then, the city has become the most lucrative casino business location on the planet with gross gaming revenues set to increase by an estimated 50% this year. SJM still holds the strongest position in the largest market in the world and shares held in the company still look extremely lucrative.