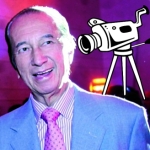 It was less than a week ago that Macau casino magnate Stanley Ho was literally wheeled out in a bizarre video released by the family of his third wife. In the video, the aging Ho confirmed his decision to transfer control of most of his assets to two of his four families, although he was clearly struggling to read a cue card and he took no questions.

Almost immediately, Gordon Oldham, the Macau casino magnate’s Hong Kong attorney, said Ho had been coerced into appearing in the video. The two families produced documents saying Oldham had been fired. Oldham said it was a lie. Confusion reigned. Now Oldham has released his own videos in which Ho insists he wants a “fair division” of his assets among all his families. In Oldham’s videos, shot between Jan. 25-30, Ho claims to have been put “under pressure” to appear in the video released by his second and third families. “I must read word by word from the plaque my [third family] made with the help of [second family daughters] Pansy and Daisy.”

Ho claims he was hoodwinked into signing away all but 0.02% of his shares in Lanceford, the company that controls SJM Holdings, in which most of Ho’s Macau casino wealth is concentrated. “I know nothing of it, and then I find out I signed something they forced me to sign.” Ho also congratulated Oldham for standing up to the other families, especially Pansy. However, so long as amends are made, all will be forgiven. “I’ll give everyone a chance. We call it a misunderstanding, we can start afresh.” That would be some awkward reunion dinner on Chinese New Year’s Eve, huh?