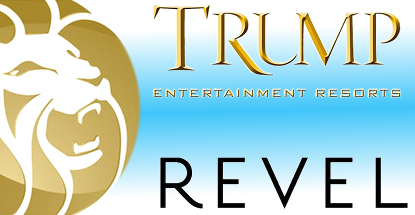 Atlantic City casinos were all over Wednesday’s news, including a report that a buyer has emerged for the now shuttered Revel Casino Hotel. Florida real estate developer Glenn Straub has made a $90m cash offer for Revel, which cost $2.4b to build before it declared bankruptcy for the second time in June. Revel’s handlers have accepted the Straub bid, which they say is not contingent on Straub receiving a gaming license, meaning Revel’s days as a casino appear consigned to the ash heap of history.

The Straub bid – made under the name of Polo North Country Club Inc., of which Straub is president – is reportedly the biggest made for Revel’s white elephant, although the winning bidder won’t be officially declared until the auction is held on Sept. 24. Revel’s hedge fund owners have asked a bankruptcy judge to restart the auction process and to impose a deadline of 3pm on Sept. 23 for any other bidders to improve on Straub’s offer. Should another bidder emerge and queer Straub’s deal with Revel, Straub would be entitled to a $3m ‘breakup’ fee.

TRUMP ENTERTAINMENT WINS BANKRUPTCY LIFELINE
Also on Wednesday, a Delaware bankruptcy judge allowed Trump Entertainment Resorts to remain in operation while it concocts a rescue plan. The company, which controls Atlantic City’s Trump Plaza and Trump Taj Mahal casinos, filed for bankruptcy protection on Tuesday. The Plaza is set to close on Sept. 16 while the company says the Taj Mahal could close by Nov. 13 unless workers are willing to make significant concessions on wages and benefits.

In throwing Trump a lifeline, US Bankruptcy Judge Kevin Gross said the company could access $30m in cash that secures loans issued by funds connected with billionaire investor Carl Icahn, the company’s biggest secured creditor. Without access to this cash, described as Trump’s “sole source of liquidity,” the company would have no course other than “immediate liquidation.” In exchange for using the Icahn cash, Trump must come up with a bankruptcy plan within 30 days, a plan outline within 75 days, and approval of said plan within 100 days.

MGM WELCOMED BACK TO ATLANTIC CITY
Wednesday’s other big announcement was that MGM Resorts has been allowed to reclaim the New Jersey gaming license the company surrendered in 2010 rather than disassociate itself from its Macau casino operations. MGM shares a 50% ownership stake in AC’s market-leading Borgata Hotel Casino & Spa with Boyd Gaming, but MGM put its half-share into a trust after New Jersey gaming regulators claimed their MGM China joint venture partner Pansy Ho was an ‘unsuitable’ associate.

Ho is the daughter of Stanley Ho, the former king of Macau’s gambling scene, who has long been suspected of association with Hong Kong’s triad groups, although neither Ho has ever been concretely linked to any such activity. In February 2013, MGM formally applied for reinstatement of its AC license after restructuring reduced Pansy’s MGM China stake to just 24%.

On Wednesday, the New Jersey Casino Control Commission unanimously approved MGM’s return to AC. MGM CEO Jim Murren claimed to be “gratified” by the vote of confidence (not to mention the ability to access the $86m in cash and investments that have been locked away in trust). Boyd CEO Keith Smith said he was “pleased” by the verdict and assured everyone that the Borgata’s day-to-day operations would be unaffected by Wednesday’s development.