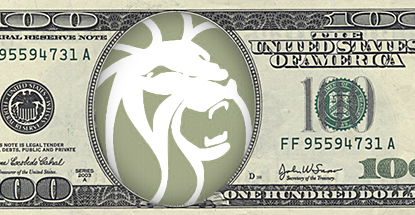 Casino operator MGM Resorts International saw growth at its Las Vegas casinos outpace that of its Macau operations in the second quarter of 2014, echoing recent numbers by rival Wynn Resorts. MGM’s overall revenue in the three months ending June 30 rose 4% to $2.58b while profits hit $105.5m, a welcome change from the $93m loss recorded in the same period last year.

However, it should be noted that Q2 2013’s bottom line suffered from $82m in impairment charges due to MGM’s Las Vegas arena project and its Grand Victoria riverboat casino joint venture in Illinois. By comparison, this year’s Q2 incurred just $29m in similar charges and included a $31m gain stemming from a favorable tax settlement over IRS audits for 2005-2009.

In the US, gaming revenue at MGM’s wholly owned resorts rose 6%. Slots revenue declined 1% but the day was saved by a 3.2 point gain in table game hold percentage to 21.3%.

Despite the positive numbers, analysts have expressed concerns over MGM’s $12.6b debt, which is second only to Caesars Entertainment in the casino sector. Specifically, Fitch Ratings points to debt maturities of $2.4b in 2015 and $1.6b in 2016, which matches timelines with MGM’s peak expenditure on its $2.9b investment in the MGM Cotai project in Macau and another $2b in its domestic expansion, including MGM Springfield in Massachusetts. Fitch isn’t worried about any near-term default but warns that a “sharp negative turnaround” in operating environment or any deterioration in capital market conditions around that 2015-16 timeline “could stress liquidity.”