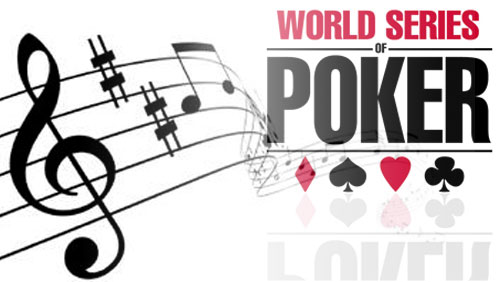 With the assistance of Liv Boeree, Sam Razavi, Ben Wilinofsky, Max Silver and Dan Fleyshman, Lee Davy gives the November Nine a few ideas of what song to choose when they make their grand entrance at the WSOP Main Event.

So that’s it then.

The World Series of Poker (WSOP) is over for another 12-months and I am going to miss it.

But there is one last thing to look forward to.

What type of entrance music are we going to see pour out of the iPods of the Americans, Norwegian, Swede, Spaniard, Brazilian and Dutchman who have made the November Nine?

Who cares about all of that old nonsense?

It’s all about the entrance. The cock-measuring contest. The time to look cooler than the Fonz. The time to get your freak on.

I have always loved a grand entrance.

It started with the British boxer, Chris Eubank, who strutted into the ring like a Peacock, and it continued with Prince Naseem Hamed, who took the grand ring entrance to a whole other level.

Then there was wrestling.

As a kid we would take our mattresses downstairs, dress up as our favorite wrestler and practice applying the figure-fore leg lock to my 8-year old sister. But the action wasn’t complete without our entrance music. Even back then. When I was drop kicking my little sisters into next week, whilst wearing my mother’s tights, I still looked cool as fuck as I walked down those stairs to the Eye of the Tiger by Survivor.

One day I will make the November Nine, and when I do I will have the coolest entrance ever. I am pretty certain that I would enter the stage in my Mum’s tights jiggling to the sound of Fuckin in the Bushes by Oasis. Man that song would make Dominik Nitsche look like Jared fucking Leto.

But I’m not a poker player.

I’m just some jumped up writer who likes to wear women’s tights.

What entrance songs would the stars of the game like to play?

It’s no secret that the lady, who was christened the Iron Maiden, is a heavy metal nut. Headbangers Ball time for Boeree’s entrance methinks.

“I would probably come out to the sounds of Wherever I May Roam by Metallica, or something equally as epic and clichéd.” Said Boeree.

From the dark and very loud to the bright and very annoying.

No not you Ben Wilinofsky.

I’m talking about your choice of song.

Should Wilinofsky ever get to the WSOP Main Event final table, he has told me that he will walk onto the stage, “mean-mugging everybody because I have a goddam sense of humor about these things.”

And whilst he is mean mugging everyone (I have no idea!) this will be playing in the background.

Entrepreneur, philanthropist, poker player and all round nice guy, Dan Fleyshman, once made it to the final table of the £10,000 Main Event at the World Series of Poker Europe (WSOPE), but he is yet to repeat that feat on his side of the pond.

If he does, then Fleyshman will come meandering out to the sounds of, “All I do is win, win, win.” By DJ Khaled because it, “puts me in the right mindset.”

Max Silver is another former WSOPE Main Event final tablist. He made the final table back in 2011 when he finished eighth. There was no musical entrance back then, but that doesn’t mean Silver hasn’t got a tune in mind.

Should the in-form Brit ever make it to the final table of the big one, then you will see him walking out to the sound of ‘In Motion’ by Trent Reznor, because, ‘it’s an awesome song and would get me super pumped.”

Sam Razavi comes from the school of thought of Ben Wilinofsky when it comes to choosing the ideal tune to get your WSOP Main Event final table juices flowing.

Metallica, Trent Reznor and DJ Khalid don’t have shit on ‘Entry of the Gladiators’, and Razavi isn’t stopping at the music, as he explains.

“I would request permission to enter the arena dressed in full clown regalia, on a unicycle, and either juggling skittles or honking a bike horn.”

So that’s five of the best (six if you count my little dream). Which one do you like the best? And what entrance song would you choose?