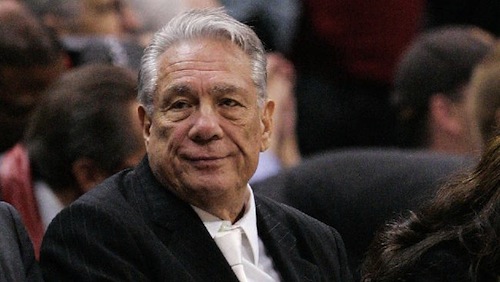 Believe it or not, I actually had some sympathy for Donald Sterling. In as much as he deserves the universal excoriation thrown in his direction for his racist douche-baggery, a little part of me still wondered whether Sterling was a reprehensible piece of slime or just a misunderstood old man with an outdated view of the world.

Then I watched his interview with Anderson Cooper and, well, I have no more questions about this man’s place in this world, or at least in the NBA.

How Donald Sterling can still look at himself in the mirror and say he’s not a racist is now beyond anybody’s comprehension. If you haven’t seen the AC360 interview, you better find the fastest way to get your hands on that interview because it turned out to be a clinical video on how to completely torpedo your own arguments and lose any touch of reality in front of a globally-televised audience.

In the interview, he makes repeated attempts at apologizing for all the racist remarks he said in those audio recordings, but as soon as he finishes his repentant soliloquy, he immediately turns the tables and reverts back to the man on those recordings without even realizing the words that were coming out of his mouth.

Magic Johnson is not a good role model for children in LA because he has AIDS? (Actually, Sterling said “He’s got AIDS!!!” as if preaching to an audience of confused crickets.) That’s after he told Cooper that Magic personally called him to voice his unequivocal support. (Really, Donald? You sure that was Magic Johnson or the voices inside your head telling you how much of an jackass you really are?)

Does Donald Sterling even know what the phrase “role model” means? Never mind. No need to answer a rhetorical question.

But it doesn’t even end there. Not content with unloading a fresh batch of vitriol in Magic Johnson’s direction, Sterling had the unmitigated gall to actually look Anderson Cooper in the eye and tell him that his fellow owners, his own players, and his sponsors all still love him.

I’m probably not the only one who wondered if Sterling owned another basketball team we all don’t know about, or if he has a made-up universe inside his head where made-up sponsors back his made-up squad full of made-up players playing in a made-up league against made-up competition from made-up teams with made-up owners.

There’s a lot more that Sterling told Cooper, including an assertion that Cooper himself was more of a racist than he was, I wish I had the time and space to talk about. But collectively, all those ignorant and delusional statements arrive at the same conclusion: Donald Sterling has lost whatever few marbles he had left in his head.

As if being labeled a racist wasn’t bad enough, he now has to walk around wherever it is he goes to with people actually, and justifiably, wondering how long it’s been since he lost touch with reality.

Oh, as an aside – or if anybody’s interested – odds are already up on who the next owner of the Los Angles Clippers will be. Everyone seems to be rooting for Magic Johnson to but the team so naturally, he’s the favorite at 3/1 odds.

Media mogul David Geffen is a close second at 5/1, followed by a two-way tie at 10/1 odds between P.Diddy and Floyd Mayweather Jr. Steve Wynn is surprisingly at 20/1, although with the NBA’s stance on gambling and anybody associated with it, that’s a wasted bet right there.

On the other hand, my best bet is Oracle founder Larry Elisson at 25/1 odds.  He’s been clamoring for an NBA team for quite some time now. He’s got the pockets to pay for however high the Clips sell for. But most importantly, like everybody else on the list of prospective buyers, he’s not Donald Sterling.