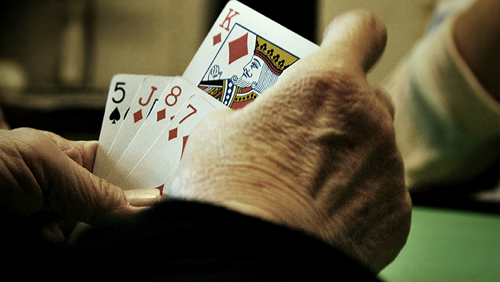 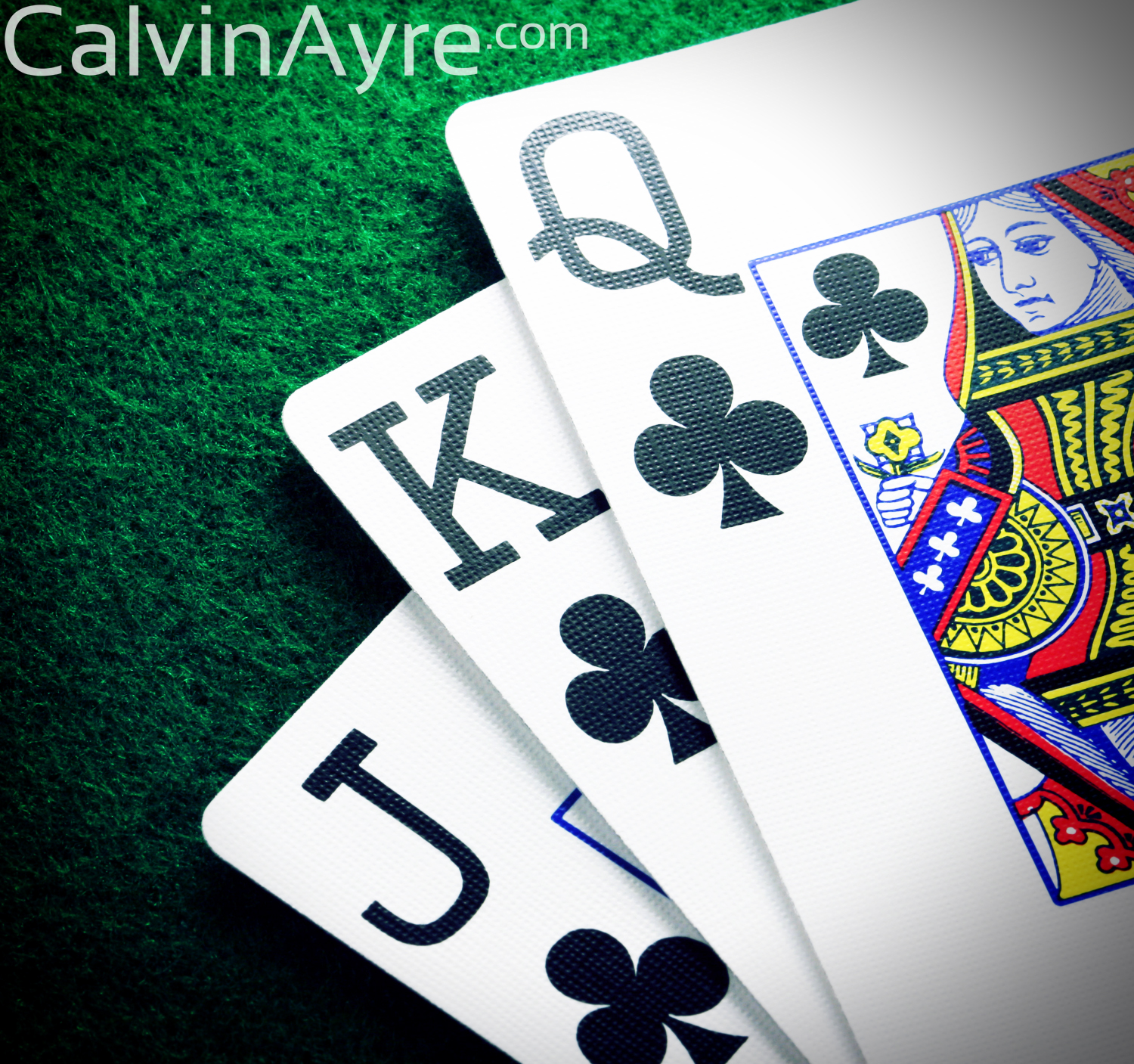 This is the final installment of a three-part series. Part I covered publicly traded online poker operators until the 2006 passage of the Unlawful Internet Gambling Enforcement Act (UIGEA). Part II covered the seven years since that law’s enactment.

What have we learned? In reviewing the nearly decade-long history of publicly traded online poker companies over the past two weeks, there are a number of lessons that stand out. Perhaps the most notable aspect of the last nine years is the sheer destruction in market value for publicly traded companies and their shareholders. Sportingbet PLC had a multi-billion-dollar market capitalization in 2005-2006; it finally sold for roughly $750 million earlier this year. PartyGaming was worth as much as $9 billion in the wake of its 2005 initial public offering; that IPO alone created three different billionaires. Yet now, even in the wake of its merger with bwin to create bwin.Party Digital Entertainment (BPTY.L), the combined entity is worth less than $2 billion. Similarly, poker website payment processor Neteller – now part of the company known as Optimal Payments (OPAY.L) – trades some 75 percent off its 2006 highs.

To be fair, the majority of the decline came directly from the backdoor passage of the UIGEA – which, as Bloomberg noted at the time, wiped out $7 billion in market value in a single day. And some companies, such as 888 Holdings (888.L), have managed to create significant shareholder profits over the past few years. But, overall, the evolution of the online poker industry in many ways has been a cautionary tale, and there are several lessons that investors and industry participants should keep in mind going forward:

The impact of regulation should never be underestimated, though it too often is.

European iGaming operators are all too familiar with the perils of regulators and tax authorities. (Further evidence was provided just this week, as a diplomatic dispute over an artificial reef threatens profits at a number of online gambling companies. A f—- artificial reef!) While the UIGEA remains the most pivotal – and most devastating – regulatory action in the history of iGaming, regulators have affected the business in other ways as well. Ring-fencing, for example, has hurt poker liquidity for publicly traded operators and lowered revenue. Increased gaming taxes in the UK and Germany, among many other countries, have hurt margins across all iGaming segments. It’s one reason our founder has passionately argued for the benefits of being a private online gambling operator.

In the US, iGaming legalization has moved at a pace slower than many have predicted and most would have hoped. But what the history of online poker shows is that legalization is not the end of regulatory action, but merely the beginning. New Jersey’s iGaming bill, for instance, ‘sunsets’ after 10 years. But, more importantly, there’s nothing to stop state governments from changing the terms of the deal. If New Jersey’s iGaming industry post profits that exceed expectations, state legislators may begin to call for a larger share of profits, since iGaming companies are doing so well. If revenues falter, state legislators will…begin to call for a larger share of profits, since the state is not making as much as it projected. And if Chris Christie does, as many have speculated, run for or even win the Presidency in 2016, a new governor may decide that he or she doesn’t support online gambling, or fears its effects on Atlantic City, or wants Sheldon Adelson to support his or her own political aspirations. Taxes and regulation are not simply not fixed costs; they are as variable as the moods, whims, and desires of the politicians who impose them.

So when writers use terms like “inevitable” and “potential” for US online poker, or investment firms predict a $9 billion US iGaming market by 2020, or social gaming CEOs talk up the revenue opportunity from online gambling, investors, in particular, should have a shaker or two of salt handy. Industry players – most notably, publicly traded players – will remain at the mercy of those who regulate them.

Publicly traded poker operators have, almost without exception, seen poker revenues drop sharply over the past two or three years, and watched poker earnings make up a smaller and smaller share of total profits. Again, this is in part due to a regulatory decision – 2011’s “Black Friday” – but the biggest issue has been the dominance of industry leader PokerStars. Stars and Full Tilt Poker combined hold in the range of two-thirds of online poker market share. No less than former bwin.Party co-CEO Jim Ryan ceded the high ground to Stars in a conference call last year, where he expressed the company’s goal for its poker operations: to be “a clear number two.”

So when there are more than twenty licenses issued simply to operate online poker in a tiny market like Nevada, most of those licensees are going to lose money. It likely won’t be substantial amounts of money; but the investment in licensing fees, staffing, and physical infrastructure will add up. Only a handful of operators – and perhaps only one – will see a return on their investment in poker-only jurisdictions. Interstate compacts may boost liquidity, and the number of operators who can survive – though such agreements are easier said than done. But online poker in the US seems likely to be dominated by a small minority of players; many of the rest will likely wind up their operations within a matter of years.

So what will be key are basic things like the “first-mover advantage” and marketing and branding savvy. In Nevada, Ultimate Poker was first to market an online poker platform, though its impact on profits remains unclear. Overall, Caesars Interactive – soon to be spun off from Caesars Entertainment (CZR) – would appear to have a dominant position in terms of branding and experience, though it remains unclear whether shareholders will ever realize those potential profits, should they come. But, overall, trust – from investors, partners, and consumers – is of paramount importance: trust in the company’s competence, its management, and its ability to execute. Only the most agile and most effective companies will ever see a dime in profits from online poker. Most will be left behind.

Growth is not assured.

Companies that don’t post revenue or profit growth generally don’t receive very high valuations from the market. This is why shares of equipment maker John Deere (DE) trade at ten times earnings while shares of Netflix (NFLX) have an earnings multiple of 316.

Meanwhile, poker revenue – in particular, the amount allocated to publicly traded operators – has been largely stagnant, even declining, over the past several years. To be sure, UIGEA, Black Friday, ring-fencing, and the 2008-09 economic recession all were tremendous headwinds for the industry; all had significant impacts on the growth of online poker participation and rake.

But it will be difficult to create long-term growth in online poker after, presumably, an initial burst led by the opening of state markets in the US and, hopefully, the introduction of those players into larger liquidity pools. Operators continue to struggle to manage the key “net depositing” customers that maintain a site’s survival. The overwhelming majority of online poker players lose more than they win; many move on from the game within a matter of months.

This was true even in the boom days. In its 2005 annual report, PartyGaming reported attrition rates for its poker customers. Even in that heady period, two-thirds of players were gone within six months, and nearly three-quarters after a year. By 2007, attrition rates had increased, even excluding the effect of US customers post-UIGEA. No doubt, given the increasing skill of online poker players, attrition rates have climbed even further, as new players try the game, struggle amidst the multi-tabling, hand-tracking sharks, and move on to other ventures. Online poker operators must constantly develop a pool of new customers; that requires marketing spend, and bonus payments (which, as noted in Part II, have risen sharply in recent years), which eat into margins. Overall, the market simply may not value even a federally regulated US online poker market as highly as some might project, simply because the long-term growth in that market may be lower than some optimists predict.

Overall, what the history of online poker shows is that a degree of caution is needed toward some of the more enthusiastic projections for iGaming both in the US and in Europe. It shows the laziness of the argument that publicly traded gambling operators need only wait for inevitable legalization, turn on a website, and rake in the cash. And it shows the risk to investors who fall too hard for those promises of easy money and amazing growth.

Of course, it also shows a remarkable amount of resilience, as poker operators continue to deliver revenues and profits despite a number of challenges from a massive rival, prickly regulators, tax-hungry governments, and self-righteous, self-appointed moral arbiters. It shows that a minor change – such as 888’s recent focus on revamping its poker platform – can still have a major impact. It shows that management, branding, and execution matter. And, most of all, it shows a bumpy, volatile, fascinating ride, with more surprises likely yet to come.