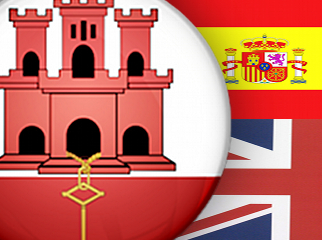 UK operator Bet365 has become the fourth online gambling company to receive the blessing of Spain‘s gambling regulator to offer a live dealer roulette product. Bet365 joins 888, Interwetten and Luckia Games as the only legally sanctioned live roulette offering in the country that only recently authorized the introduction of slots to the online repertoire.

Unlike many of its UK competitors, such as William Hill or Ladbrokes, the Stoke-based Bet365 never relocated its online sportsbook to Gibraltar to beat the UK taxman. However, Bet365 does have operations licensed in Gibraltar, which now face the possibility of becoming collateral damage in the escalating war of words between the UK and Spain. Over the weekend, Spanish foreign minister José Garcia-Margallo repeated complaints that Gibraltar authorities’ efforts to create an artificial reef had damaged Spanish fishing grounds. A not at all upset Garcia-Margallo warned the UK that the “party is over.”

Garcia-Margallo told media outlet ABC that Spain, which has never officially conceded the UK’s three-century-old sovereignty over Gibraltar, was considering retaliatory measures including requiring Gibraltar-based online gambling firms to use Spanish-based servers and pay taxes to Madrid. Since many of these companies rely on commuting Spanish workers, Spain is also considering imposing a €50 fee on all vehicles crossing the border (in either direction) and blocking air travel between the two jurisdictions.

Following Garcia-Margallo’s verbal broadside, the UK government issued a statement saying it was “seeking an explanation” for the undiplomatic language and pledging its commitment to preserving its sovereignty over the territory, so long as Gibraltar’s residents continued to express a desire to be under the UK’s authority. In a less diplomatically adroit move, Gibraltar Chief Minister Fabian Picardo accused Spain of behaving like North Korea.

Giles Paxman, the British ambassador in Madrid, issued a formal complaint on Tuesday, to which Spain responded by ordering Paxman to instruct Gibraltar authorities to remove the 70 blocks of concrete they’d dumped into the ocean. Since Picardo had already said “hell would freeze over” before the artificial reef would be removed, it seems all sides are digging in, leaving online gambling firms caught in the middle.

DEFEND US FROM SPAIN, THEN DEFEND YOURSELF FROM US
Ironically, the UK v. Spain brouhaha erupted just as those Gibraltar-based companies – along with the Gibraltar government – were threatening to take legal action to prevent the UK government from introducing its new 15% online gambling point-of-consumption (POC) tax. Gibraltar-based companies currently pay only 1% tax on their online revenue, and Ladbrokes’ chief of operations in Gibraltar Steve Buchanan said the difference would put “a huge and unwanted cost on our business.”

‘The Rock’ would also feel the effects of the UK plans. Gibraltar gambling commissioner Phill Brear recently told the New York Times that online gambling accoutns for 15% of Gibraltar’s overall economy. As usual, Picardo went further, comparing the UK’s plan to the US experiment with alcohol prohibition in the 1920s and warning that the POC tax “would be devastating for the UK itself.”

It’s not like the UK’s new gambling regulation – which would also require online gambling companies to hold UK-issued licenses – would completely undo the benefits of a Gibraltar business address. Unlike the UK, Gibraltar imposes no value-added-tax on activities like advertising. But the companies would undoubtedly suffer, and their customers – an estimated 60% of Britons place online wagers with Gibraltar-based companies – would suffer along with them as companies passed on the new cost of doing business.

While discussing his company’s Q2 earnings last week, Hills boss Ralph Topping addressed the proposed regulatory changes, saying the UK government “needs to get real on regulation. They are too upper class. They need to become naked ramblers and go on a walking tour of the country to see how ordinary people live.” But if they could just hold off doing so until after this latest Spanish armada has been sent to the bottom, well, that would be swell.