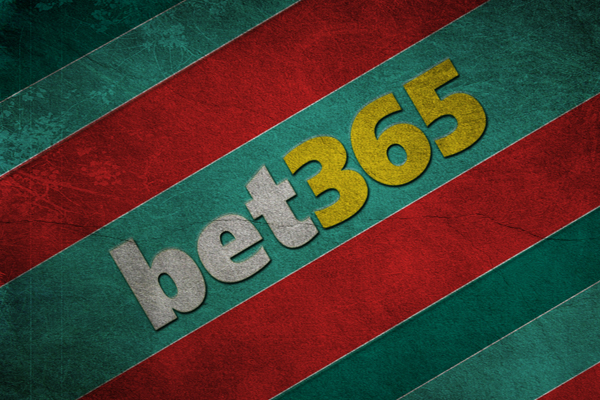 It’s pretty hard to overstate the success that bet365 has had in recent years. So by now you may well be getting a bit sick of hearing just how great they are. Should this be the case then this article probably isn’t going to be for you.

The most recent wave of bet365 sycophancy has come following the emergence of the Stoke-based company’s financial figures from April 2012 to March 2013. The privately owned company made profits of £148 million – a 34% increase compared to last year.

In addition, their workforce grew by almost a fifth as more than 2,500 staff are now employed by the company which is no mean feat for a pureplay operator. Perhaps most impressive of all is the fact that almost £20,000,000,000 (written in numerical form to emphasise just how much that is!) was wagered on their site – an amount that was greater than those of William Hill and Ladbrokes put together.

While Ladbrokes in particular hasn’t had a smooth transition to the internet, Hills has enlisted the help of Playtech and has been operating at a reasonable level – making this fact quite surprising.

So as the company continues to go from strength to strength; expanding its operations, increasing profits and building on its already impressive brand reputation, others will surely be looking at it to see what bet365 are doing that they’re not. The problem is, there aren’t really any standout tangible answers to this question. The answers are perhaps more subtle and are woven into the fabric of the company.

Regardless, below are some attempts to put a finger on some of the reasons why bet365 have been so successful.

This is the most obvious reason behind bet365’s success but unfortunately it’s one that other iGaming operators are going to find very hard to replicate.

The Coates family and Denise Coates in particular don’t just resonate strong leadership but given the fact that they built the company up from very little, they’re also appear to be incredibly emotionally invested in the company. Lots of companies have strong leadership; it can be bought by bringing in a hard-nosed CEO from other industries. Unfortunately for them, what can’t be bought quite so easily are people who genuinely care about the company and all of its employees.

In an interview with Stoke newspaper The Sentinel, Denise Coates revealed what she thought was important to being a good employer.

She said: “We spend such a large part of our lives at work, it is important people enjoy what they do. We try to be good employers by creating opportunities for people, being fair and providing an environment for progress.”

In addition to enjoyment, Coates is also known to set a fantastic example when it comes to work ethic. Often seen working on weekends and late into the night, she certainly provides a light for others to follow.

No fear of the new

With the deliberate avoidance of the term ‘innovation’ – a word that has been used so much that it barely carries any weight anymore – bet365 have shown time and time again that they’re not afraid to try things out.

The decision to move the entire site to HTML5 was described by Computer Weekly as ‘more than a gamble’ but the logic behind it is sound. It enables more developers to focus on the same site and, given that the user experience doesn’t suffer on any device, allows them to move faster due to greater attention focusing on the same place.

Even more recently was the launch of bet365’s mobile and table live dealer products. In app and browser form, the products are by no means perfect with video quality and mobile internet speeds still being a very prominent issue for non-4G users but the bet365 have jumped straight in regardless.

In-Play as a cornerstone

When you mention bet365 to the reasonably knowledgable punter, there are two things that they’re most likely to mention. The first is Ray Winstone gleefully offering odds on television adverts in the middle of sporting events. The second is what these ads are marketing, bet365’s In-Play markets.

Their dominance in this area is by no means an accident. While other operators had trusted high street brands, bet365 built their success on their In-Play betting. It was a niche that was just coming to the fore when Denise Coates began building her empire and as the popularity of this form of betting has grown, so has the company.

Even bet365’s company description on LinkedIn stresses the importance of In-Play. It reads: “It was Denise’s decision to focus on In-Play betting that enabled it [bet365] to forge its leadership position. The gamble paid off. In-Play has been fundamental to bet365’s success and remains the cornerstone of the business.”

The company hasn’t overextended and it’s workforce hasn’t been spread too thin. Expansion has come at the appropriate time and circumspect decisions have been vindicated when other operators have rushed in wide-eyed.

This might seem like a bit of a contradiction to the section regarding the company’s penchant for taking a gamble on new products but there is a clear distinction. While the powers that he at bet365 been happy to take calculated risks with product launches that they can test, acquisitions of unproven companies or moving into new markets has seen an entirely different approach.

Rather than installing the mantra that Richard Koch intended to at Betfair should his bid have been successful, bet365 claim to prefer taking lots of small wagers from a larger customer base. So rather than earning 80% profits from 20% of customers bet365 have looked to do things the other way round.

Looking at it logically this appears to be a much more sustainable business model as you’re far less reliant on a few big players. The company has also been shrewd in other areas by being very quick to lower the betting limits of successful punters. While this may have earned them the nickname of bet£3.65, the fact is that it’s only a small minority that warrant such restrictions.

So, perhaps it’s not so difficult to pick out a few reasons behind bet365’s success after all. What is difficult is to see how companies that are already set in their ways could learn from these practices but there are certainly some that need to give it a go.