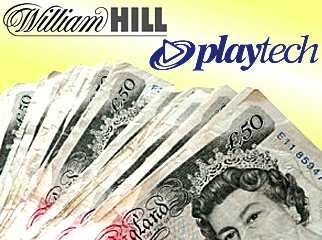 The Times has reported that UK bookies William Hill have agreed to pay £425m to buy out online gambling software firm Playtech’s 29% stake in the William Hill Online (WHO) joint venture. The deal was apparently reached late Thursday, but neither Hills nor Playtech has yet issued a formal statement confirming that the deal is done. The price tag represents 10 times WHO’s underlying earnings, and is more than Hills would have preferred to pay to rid itself of its troublesome junior partner. But with WHO revenue having risen 27% in 2012, waiting until the next contractually stipulated buyout opportunity in 2015 could have boosted the price significantly higher.

Bankers at Rothschild Group had been enlisted to negotiate just how much Playtech’s stake was worth, comparing its own estimates with numbers submitted by each of the opposing parties. For Playtech, the deal represents a significant return on its original investment of £150m made just four years ago. Playtech reportedly intends to return much of the windfall to its shareholders, which is hardly surprising given the eagerness with which Playtech routinely funnels cash to its largest shareholder, founder and convicted Israeli stock fraudster, Teddy Sagi.

Regardless of the price, to say Hills will be relieved the matter has been concluded is putting it mildly. At times, the Hills/Playtech marriage made Ike and Tina Turner’s union look downright chummy. Things got off to a rocky start in 2011 after Hills slapped an injunction on Playtech to prevent it selling off its WHO stake. Playtech responded by mucking with Hills’ bid for mobile specialists Probability. Things came to a head in October as strikes broke out at WHO offices in Tel Aviv, leading Hills boss Ralph Topping to vent his frustrations with Playtech’s incommunicative CEO Mor Weizer via Topping’s personal blog. Early in 2012, Hills opened talks designed to rid itself of its junior partner’s strategic veto over WHO’s operations. Earlier this week, Weizer told Israeli media outlet Globes that Playtech was “not disappointed by the pending sale … the time has come to split.”

The Playtech buyout comes just a week after Sportingbet shareholders approved the £492.5m takeover of the company by Hills and GVC Holdings. Hills is on the hook for 86% of that price tag, which, combined with Sagi’s ransom, puts Hills in the position of having to find close to a billion pounds or so. The Times reported that Hills would ask shareholders for permission to issue £380m in equity to cover some of the tab. Hills is set to release its official full-year revenue figures on Friday.