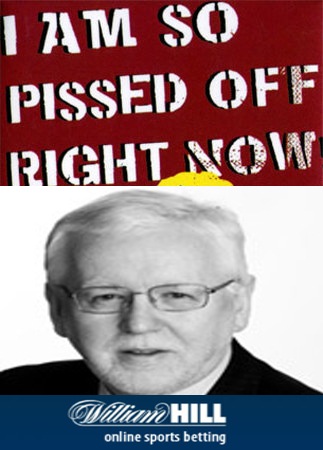 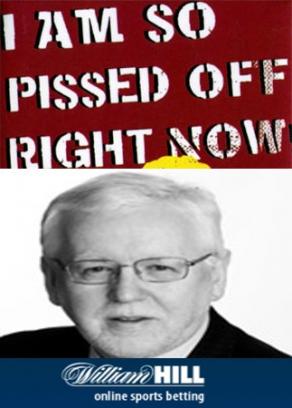 William Hill has broken the silence over the mutiny that began in their online marketing office in Tel Aviv and has now spread elsewhere. We revealed earlier today that the acrimonious departure of Chief Marketing Officer Eyal Sanoff triggered off a walkout of around 180 people. Not a peep had been heard from Ralph Topping or anyone else in the William Hill hierarchy. That was until today’s statement revealed “customer service and back office operations in Manila and Bulgaria” have seen walkouts and the blame is being laid at the feet of some senior management.

The press release explained, “Several other senior managers in Tel Aviv are now subject to disciplinary actions in relation to the disruption this week within the marketing business in Tel Aviv.” Hills confirmed that Sanoff had resigned on 27th September and gave no further reason for the resignation or as to why they took so long to announce it. Surely if there was nothing to cover up a short release on the day would have sufficed?

The release added that “The vast majority of employees of the marketing team in Tel Aviv have good working relationships with the business and with colleagues across William Hill Online,” before reiterating it has “no intention” of leaving Tel Aviv and relocating the marketing elsewhere.

Hills won’t be happy that the situation has got to this stage. We can’t hide the fact they should know better than this. By effectively showing the door to one of those that’s an integral part of their main growth area, they’ve caused more problems than needing solving in the first place. Playtech also released the same statement.

Earlier in the morning, during the initial furor, an email published by eGR revealed that employees that turned up to work had been offered a number of incentives to do so. The incentives include an extra month’s pay for anyone actually rising from their slumber and turning in for the day to the notice period being extended to six months for anyone looking to leave. Longer term you’ll also get an extra month’s salary in June 2012 as in they have to give you six months notice with pay. The best part of it all, if you get sick of them you still only have to give them a month’s notice. #winning.

If getting rid of Sanoff to kick-start the cleansing of Playtech from their joint venture then it’s going about as smoothly as a pair of female legs feel after a week away from a razor blade. Speaking of which, need to give the girl a call. If we know Ralphie then the term steam blowing from ears probably isn’t sufficient to cover his annoyance at the situation. Mellowing with old age? Ach nae!