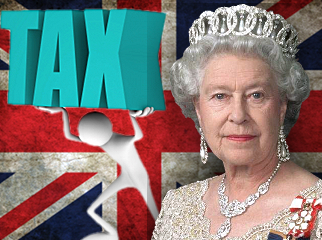 The UK government will follow through on its plans to introduce new online gambling legislation in the current session of Parliament, possibly as early as next week. On Wednesday, the Gambling (Licensing and Advertising) Bill was one of 15 pieces of legislation mentioned in the Queen’s Speech, the blueprint for the government’s immediate legislative intentions that accompanies the opening of every new parliamentary session.

The Gambling Bill’s main features are the effective scuttling of the so-called White List, which allowed online gambling firms to advertise their wares in the UK under licenses issued by Alderney, Antigua and the Isle of Man. Under the new scheme, white-listed operators – as well as those licensed in Gibraltar or other European Union territories – will be required to hold a license issued by the UK Gambling Commission if they wish to promote their product in the UK. Operators doing business in the UK will also be required to alert the Commission if they detect suspicious betting patterns.

The Gambling Bill also proposes a point of consumption (POC) tax, the specific rate of which has yet to be formalized, although 15% appears to be the Treasury’s target. A week ago, the Culture, Media and Sport Committee published a report on the Bill warning the government not to make the tax so steep that operators cannot offer a product that’s competitive with unlicensed operators. UK bookies William Hill, whose online operations are based in Gibraltar, stated last year that even a 10% POC tax would drive 27% of cost-conscious punters into the arms of unlicensed operators. Most operators have proposed a tax more in the range of 5%-8%.

While estimates have put the UK government’s potential annual tax windfall as high as £386m, the Bill’s authors insist that boosting tax collections is a consequence of the legislation, not the primary aim. But then they have to say that, as legislation that made tax collection its primary aim wouldn’t pass muster with EU watchdogs. Critics of the legislation point to the fact that the government’s own representatives admit that 95% of all online wagering conducted in the UK is done with regulators with which the UK gov’t had no complaint to make, suggesting claims of consumer protection were a smokescreen designed to camouflage a naked tax grab.

GAMBLING COMMISSION SURVEY SHOWS ONLINE GROWTH STAGNANT
The Gambling Commission has released the results of its latest gambling participation survey (read it here), which show gambling habits remarkably stable. The percentage of Britons who’d engaged in any form of gambling (including the National Lottery) in the year to March 2013 was 58%, virtually unmoved from 57% the previous year. Online gambling participation was equally predictable, unchanged at 8% (once you strip out those whose only online action is the National Lottery). Online gamblers are more likely to be male (18%) than female (12%) and 41% of all online gamblers are between 25-44 years old.

Online sports betting and casino games were the most popular form of online-only wagering at 46% participation, followed by ‘betting on other events’ at 41%, horseracing (30%), football pools (22%), National Lottery draws (16%), other lotteries (11%) and bingo (11%). Online betting exchanges accounted for 11% of horserace wagering, 10% of sports betting and 5% of non-sports betting.

Sports bettors were evenly split between land-based and online, with 46% claiming to exclusively patronize one form or the other. A mere 8% reported splitting their wagers between betting shops and online betting sites. Casino games were similarly divided, with just 9% claiming to split their time between brick-and-mortar and online casinos. Horserace betting remains a predominantly in-person phenomenon, with 58% opting to place their bets at a wicket, and just 12% splitting their time with online shops.