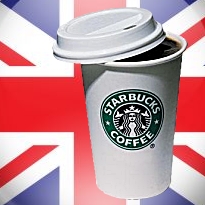 The UK Treasury’s proposed 15% point of consumption tax for UK-facing online gambling firms was the hot topic of discussion at a parliamentary hearing in London on Tuesday. Remote Gambling Association president Clive Hawkswood was on hand to represent the viewpoints of most of the UK gambling companies that shifted their online operations from the UK to Gibraltar and white-list jurisdictions like Alderney, Antigua and the Isle of Man. Members of the Culture, Media and Sport Select Committee grilled Hawkswood on the gambling firms’ stated opposition to the proposed Gambling (Licensing and Advertising) Bill, which will require all UK-facing companies to acquire a Gambling Commission-issued license, to which the Treasury proposes to couple with the 15% tax and take effect by December 2014.

The MPs suggested the gambling firms’s sole reason for opposing the plans was to avoid paying more tax, and more than one MP drew comparisons with recent revelations that coffee giant Starbucks paid less than £9m of UK corporation tax over the past 14 years. According to GamblingCompliance, Hawkswood acknowledged that the online gambling firms viewed the 15% tax rate as “slow death,” but pointed out that these companies weren’t exclusively UK-facing, and as international companies, they chose their base of operations based on what “makes best commercial sense.” When MPs pointed out that Stoke-based Bet365 had chosen to retain its online operations in the UK, yet somehow managed to continue turning a profit, Hawkswood said Bet365  could be more successful under a less punishing tax regime.

The Committee also heard written submissions from interested parties, including William Hill, which suggested a 5% tax rate would be the way to go, while Paddy Power suggested a range between 5-8%. The submission from the reliably combative Gibraltar Betting and Gaming Association (GBGA) suggested Gibraltar would be compelled to file a lawsuit if the UK’s draft legislation is approved. The suit would accuse the UK of reforming their regulations for the primary purpose of boosting their tax receipts, which would run contrary to EU edicts. With 12% of its total workforce dependent on the online gambling industry, Gibraltar could face the same fate Antigua suffered as a result of the US invoking its protectionist measures.

The GBGA referred to the UK draft legislation as “misconceived and unwarranted on any objective analysis” of both the industry and the consumer protections offered by the current scheme. Indeed, Gibraltar notes that the UK draft law proposes no enforcement measures, which would encourage UK punters to seek out better priced online options from operators in jurisdictions not subject to the UK tax nor the remonstrations of UK regulators, creating the exact opposite scenario to the one the UK claims to be striving to achieve. Members of the Gambling Commission and the Department for Culture, Media and Sport will offer their own evidence to the Committee on Feb. 12.