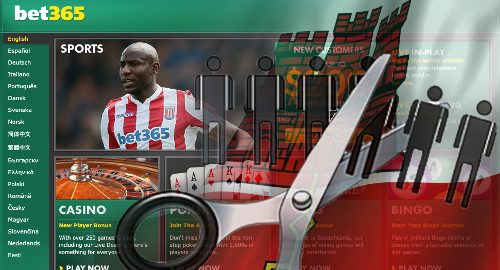 Online gambling operator Bet365 will reduce its Gibraltar staff count by 80% following its decision to shift its non-UK business to Malta.

In May, Bet365 announced that it would boost its Malta staffing headcount at the expense of its Gibraltar operations in order to “ensure [European Union] market access” in the wake of the UK’s Brexit plans. The company said at the time that it would “maintain a presence” in Gibraltar but offered no specific figures.

On Thursday, the Gibraltar Chronicle quoted a Bet365 statement which revealed that “around 100” of the roughly 500 staff that work at Bet365’s Gibraltar office would be kept on as the company seeks to “maintain our dual regulatory and licensing strategy position between Gibraltar and Malta.”

Bet365 said it had arrived at this decision following “very positive discussions” with Gibraltar’s Chief Minister Fabian Picardo and Minister for Gambling Albert Isola. The company said it looked forward to “continuing our relationship” with Gibraltar’s government and regulatory bodies.

Bet365’s announcement comes just one day after UK Prime Minister Boris Johnson controversially prorogued parliament in what is widely viewed as a means of limiting legislators’ ability to block a so-called ‘hard Brexit’ on October 31.

Forecasts vary for exactly what might transpire should the UK leave the EU trading block without any sort of arrangements for how trade will be conducted between the UK and EU member states. But most observers expect a great deal of disruption for all sorts of businesses, and Bet365’s May announcement of its Gibraltar shift cited the “highly uncertain environment, driven primarily by the continuing Brexit landscape” as driving its jurisdictional optimization plans.

Gibraltar has seen a number of its online gambling licensees cut and run following the UK’s 2016 Brexit vote while other firms, including Scientific Games Corporation, have enlarged their local operations.

Earlier this month, the Malta Gaming Authority (MGA) made efforts to make Bet365 feel at home by publicly distancing itself from an online gambling site purporting to be associated with the operator. While the domain in question uses Bet365’s familiar green-and-yellow color scheme and claims to be operating with the MGA’s approval, the regulator insisted that it had “no connection” to the site.