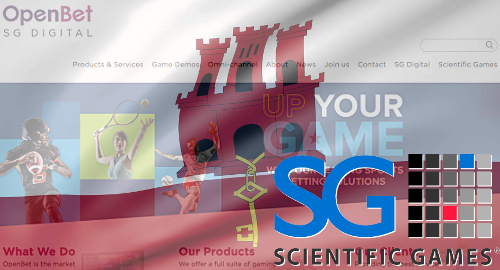 On Friday, SGC announced that it was establishing a new Sportsbook Operations team that will work out of the company’s Gibraltar office. SGC has also appointed Superbet and William Hill veteran Stuart Weston as its new VP of Sportsbook Operations for SGC’s interactive division SG Digital (SGD).

SGD’s senior VP of sportsbook Keith O’Loughlin said the expanded Gibraltar presence had created “a new ball game” for SGD and represented “a natural step up for our business” given the rapidly expanding legal sports betting market in the United States and the ongoing popularity of sports betting in international markets.

SG Digital has been rapidly expanding its sports betting team, having named Nikos Konstakis to the position of VP Sportsbook Product in May.

SGC’s OpenBet technology has long provided the backbone for a number of UK-listed gambling giants. Across the pond, OpenBet recently launched sports betting operations at two of Caesars Entertainment’s Atlantic City casinos and two more Caesars properties in Mississippi, and has a track record powering the online parlay betting operations in some Canadian provinces.