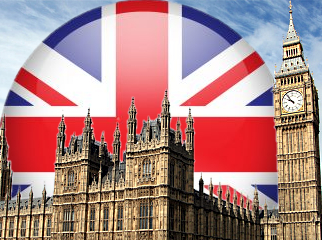 The UK plan to require online gambling companies to hold a UK Gambling Commission-issued license and to pay a 15% point-of-consumption tax was subjected to more scrutiny on Tuesday. Members of the Culture, Media and Sport Select Committee heard testimony from Department of Culture, Media and Sport (DCMS) permanent secretary Jonathan Stephens and Gambling Commission head Jenny Williams regarding the proposed Gambling (Licensing and Advertising) Bill and the Treasury’s associated tax plan.

Critics of the UK plan have said it won’t pass muster with the European Commission because it is more focused on raising revenue for the government than on protecting consumers, but Stephens insisted the proposed changes were “about regulation and not taxation.” Stephens said the licensing bill and the Treasury’s tax plan “are not dependent on each other,” and thus the licensing bill should be judged purely on its approach toward “player protection and consistency of regulation.”

This assertion was undercut somewhat when Williams acknowledged that well over 95% of the online wagers presently made by UK punters were with operators licensed by regulatory bodies with which the Commission had no complaints. Nonetheless, Stephens said the concern was with emerging jurisdictions taking an “unknown approach” toward their online gambling sectors, resulting in an “inconsistency of regulations across regulated markets.” Despite the testimony, Tory MP and former bookie Philip Davies remarked that the bill appeared to be “a solution looking for a problem.”

BRITISH BOOKIES PUSH BACK AGAINST ANTI-FOBT CAMPAIGNERS
Anyone who reads the UK media can’t have failed to notice the deluge of hysterical articles about the alleged havoc being wrought on society by the fixed-odds betting terminals (FOBT) in high street betting shops. The anti-FOBT assault is being promoted by the Campaign for Fairer Gambling (CFFG), an advocacy group founded by Derek Webb, the man behind casino table game Three Card Poker. Webb, who sold his Prime Table Games business to Las Vegas-based Galaxy Gaming in 2011, told the Guardian his FOBT vendetta began six years ago when he encountered a machine running his famous three-card game, “but rather than sue I backed a campaign to make my point.”

Webb’s campaign has drawn the ire of the Association of British Bookmakers (ABB), who allege that Webb’s “commercial interests in the casino gaming sector could benefit from CFFG’s proposals.” Webb’s use of “misleading and unverified” statistics has also irked the ABB, such as the claim that gamblers can lose £18k per hour on FOBTs. The ABB notes that such a feat could only be accomplished by a punter wagering £100 every 20 seconds without winning so much as a penny the entire time. In January, the UK government launched a consultation to review the maximum stake and prize limits for gaming machines, although it rejected calls to immediately impose further restrictions on FOBTs due to a lack of empirical evidence that Satan made nightly rounds of all betting shops to collect the machines’ winnings.

The ABB also rejects CFFG’s assertion that bookmakers are preying on the poor by clustering their shops in low-income areas. The ABB contends that bet shops have always been situated close to working class punters because they tend to live in more densely populated areas. As such, betting shops – much like newsagents, coffee shops, fast food outlets and so forth – could rely on heavier foot-traffic unavailable in, say, Belgravia. Besides, toffs tend to bet over the phone or online.

Webb has never been shy with his opinions, having also campaigned against the idea of online poker’s ‘bad actors’ being allowed to participate in the regulated Nevada online poker market. In November, Webb told the Telegraph that “everyone involved in gambling has profited in some way from addictive gamblers. The fact that I have benefited from addictive gambling doesn’t mean that some forms of gambling are not more addictive than others.” Just like some campaigners are more self-righteous than others.