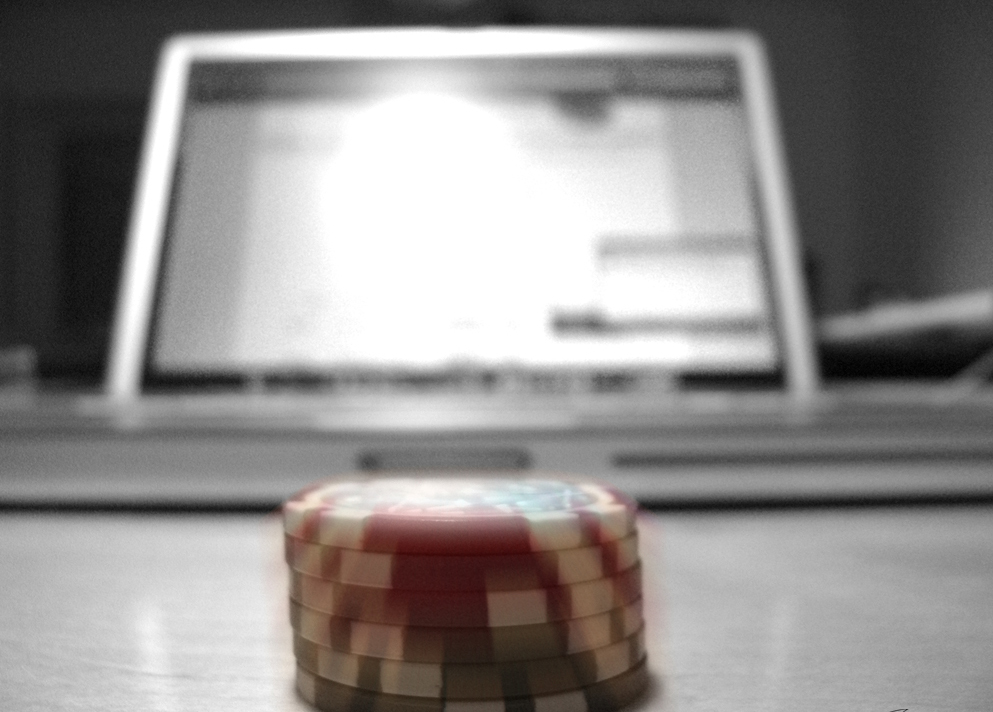 This is Part II of a three-part series; click here for Part I, which discusses publicly traded poker companies until the 2006 passage of the Unlawful Internet Gambling Enforcement Act (UIGEA). Next Monday, Part III will discuss the lessons of the past eight years for investors and industry players going forward.

In the wake of the October 2006 passage of the UIGEA, the world of publicly traded poker companies saw massive upheaval. Market leader PartyGaming – which had claimed 41 percent market share in online poker worldwide in its 2005 annual report – instantly pulled out of the U.S. market, as did Sportingbet, then-owner of number three site Paradise Poker. Over $7 billion in market value of publicly listed online gambling companies was wiped out in a single day, as were tens of millions of dollars in US-based profits for poker and iGaming operators.

The companies most hurt by the bill’s passage attempted to keep a brave public face. In its 2006 annual report, PartyGaming wrote that it “faced the severest of tests” when it left the US market, but argued that “adversity often brings opportunity, and we have the brands, the people and the resources to seize it with both hands.” In a letter to shareholders accompanying his company’s 2007 annual report (for the year ending June 30), Sportingbet CEO Andrew McIver tried to focus on the positives, writing that “to lose 75+% of your business following the US legislation but still record an operating profit is, in my opinion, a highly creditable achievement.”

And, in fact, through late 2006 and 2007, most European operators did manage to grow their business on the Continent despite the damaging loss of liquidity from US players. Paradise Poker saw 30 percent revenue growth from its non-US operations year-over-year in fiscal 2007; bwin Interactive, 888 Holdings (888.L) and PartyGaming (bwin and Party were, of course, still separate entities at the time) saw calendar year 2007 growth in poker excluding US customers of 39, 20 and 10 percent, respectively. (Of course, the US’ importance to the early days of online poker meant overall revenues had still cratered.) Meanwhile, the companies were also leveraging their growing customer bases in poker by cross-marketing sports betting and/or banked games (such as blackjack), growing overall revenues. So while the heady days of the “poker boom” seemed to have come to an end, there were still reasons to buy online poker operators at the new, lower prices. And there were occasional hopes – stoked by bills submitted by former congressman Barney Frank (D-MA) – that the UIGEA might be repealed, and order restored to the industry.

But Frank’s repeated attempts to repeal UIGEA would fail, and 2007 would represent the peak for most publicly traded operators; only bwin would continue to grow poker revenues over the next two years. The damage done by UIGEA was evident from PartyGaming’s 2007 annual report, in which it noted the dramatic change in online poker market share worldwide. In December 2005, PartyGaming held a dominant 41 percent market share; fellow public operators Sportingbet and Ladbrokes (tied for 3rd at 7 percent) and 888 (5th through its Pacific Poker platform, with 5 percent market share) were also among the market leaders. The four companies controlled over 60 percent of the online poker market, with other public companies (including bwin) having minor shares as well.

But by December 2007, according to PartyGaming’s annual report, the top two companies in market share were now privately held: PokerStars and Full Tilt Poker combined for 38 percent of the market. PartyPoker had fallen to third and while public companies Playtech (PTEC.L) and bwin (through its Ongame Network) had moved into the top five, they controlled just ten percent and eight percent of the market, respectively.

Over the next few years, publicly traded iGaming operators would see their poker businesses not only lose revenue, but become minor segments in terms of revenues and profit. At PartyGaming, European poker revenue peaked at $295 million in 2007; by 2010, poker revenue was less than half that much, at $124.8 million. Notably, a poker business that had generated 91 percent of the company’s revenue in 2005, ahead of its blockbuster IPO, would create just 35 percent of overall sales in 2010. By 2012, poker would create less than 23 percent of sales for the now-merged bwin.Party Digital Entertainment (BPTY.L). Ironically, the company would later decide to shut down bwin’s poker platform – merging its liquidity onto PartyPoker – despite the fact that bwin was one of the few publicly traded companies to grow poker revenue from 2007-2009, going from €82.5 million in 2007 to €118.8 million in 2009.

For everyone else, however, Stars’ experience remained the norm, as the period from 2007-2010 was simply a bloodbath. 888 Holdings saw poker revenue fall by more than half, though it has managed to reverse its decline over the last two years. Paradise Poker saw rake fall 40 percent over three years. 32Red (TTR.L), with a tiny poker business, saw poker revenue fall 36 percent from 2007-10. GVC Holdings (GVC.L), another minor player, peaked in 2008, but saw its business halved by 2011. Swedish operator Betsson AB (BETS-B.SS) saw gross profit from poker fall by nearly half from 2007 to 2010. Unibet (UNIB.SS) managed to stave off the decline, only to see poker revenue fall sharply in 2011 and 2012. Playtech managed to gain some market share through its iPoker network, but it too has seen poker income fall dramatically over the last two years. Overall, private companies such as Stars, Tilt, and Bodog simply overwhelmed their public competitors by providing better liquidity, better support, and better software.

Those other companies, like PartyGaming, saw poker become a less and less significant factor in earnings and revenues. Indeed, there is simply no significant publicly traded company anywhere on Earth that remains dependent on online poker for its earnings. At Playtech, poker went from 29% of revenue in 2009 to just 6 percent a year ago. At Unibet, the same poker segment that represented 34 percent of revenue in 2005 and 24 percent as late as 2010 has fallen to just 7 percent of its business. Sportingbet saw 47 percent of revenue generated by Paradise Poker in fiscal 2005 – even without a full year from the newly acquired site – yet poker was 6 percent of gross revenue and less than 4 percent of net revenue seven years later. And even despite its recent success in poker – B2C poker rake has better than doubled in the last two years – poker represents just 23 percent of 888’s business.

Poker revenue is simply no longer a main driver for European iGaming operators; and with revenues continuing to fall over the last two years, its importance continues to diminish. It’s not hard to see why, as the industry faces a number of challenges. The most notable is, simply, the dominance of PokerStars. Its acquisition of Full Tilt a year ago cemented its commanding market share, now estimated at over 60 percent. That type of liquidity creates larger tournament purses, better rakeback and promotional activity, and lower per-customer marketing costs. There is also a significant branding advantage for PokerStars; it is now the online poker room, much as PartyPoker was in 2005.

But there are likely other factors at play as well. The closure of the US market through the UIGEA in 2006, then again in 2011, limited overall demand for poker, and limited the total market. The decreasing share of poker business relative to other forms of online gambling – notably the growth in mobile usage – led firms to invest in mobile slots or sports betting apps rather than investing in poker upgrades. Notably, Stars’ fast-fold Zoom Poker – which followed Full Tilt’s 2010 launch of Rush Poker – saw little competition from public companies. Bwin.party, for instance, took months to launch its fast-fold game for PartyPoker, yet at the same time found the money to develop a brand-new social gaming unit instead.

Competitive pressures have been another factor, with bonus, promotional and rakeback spending continuing to rise. Not all companies break out the effects of this spending, but the two that have show the long-term rise in bonus spend for online poker. Paradise Poker in 2008 reported bonus spending of ₤3.8 million versus gross rake of ₤23.8 million; by 2012, it had spent nearly the exact same amount on gross rake less than half of the 2008 figure. Last year, bonuses took up nearly one-third of gross rake captured by Sportingbet’s poker operations. At Party, promotional spending was 8.1 percent of gross poker revenue in 2005; by 2010, that figure was 25.1 percent. This spending cuts profit margins; as does the consistent pressure from tax and regulatory authorities. With decreasing margins, and decreasing revenue, it’s no wonder so many publicly traded online gambling companies are de-emphasizing poker.

It may also be that online poker is not a business than can create long-term growth. As I wrote a year ago, there are inherent problems with online poker – most notably its speed – that make managing net depositors – ie, losing players – a difficult proposition. Whatever the cause of its decline – and there are likely a number of factors – it’s clear that online poker is no longer the cash cow it once was for publicly traded poker companies and its investors. And it’s far from clear what those operators can do to reverse poker’s steady decline.

Check back next Monday, when Part III will discuss the lessons of the past eight years for investors and industry players going forward.