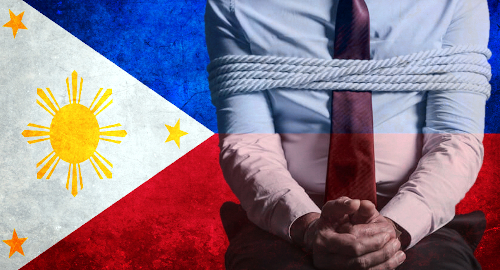 Philippine-licensed online gambling operators may have won a tax reprieve but their numbers continue to shrink due to uncertainty over the future.

This week, the Philippine Amusement and Gaming Corporation (PAGCOR) updated its list of Philippine Offshore Gaming Operators (POGOs), which showed 51 operators licensed to offer online services to residents of other Asia-Pacific countries. That’s two fewer than the list showed in December, reflecting the absence of Easy Access Ltd and Pride Fortune Ltd.

PAGCOR also updated its list of POGOs that had received the regulator’s blessing to resume operations following their forced pandemic shutdown in March 2020. This week’s update shows 34 names, one fewer than the list contained on December 8.

Gone from the current list are the aforementioned Easy Access and Pride Fortune, while a new name – AG Interpacific Resources Ltd – has been added. AG Interpacific, which operates the W66.com site (among others), was previously listed as one of the recipients of the 61 original POGO licensees.

Among the conditions for resuming POGO operations were the settlement of all outstanding tax obligations and the Bureau of Immigration’s assurance that all Chinese POGO staff had valid work visas. With the pandemic showing no signs of abating, many POGOs were forced to weigh the value of restarting operations under much tighter regulations versus simply packing it in and living off the money they’d made pre-COVID.

Then the Philippine government imposed a new 5% tax on online gambling turnover – not revenue – which POGOs claimed would render their activities unprofitable. A group of POGOs challenged the legality of the tax, and the Supreme Court granted a temporary restraining order last week that the government has pledged to observe… at least, for now.

POGOs hope the ruling will allow the government a pause in which to rethink its strategy of squeezing gambling operators for money with which to rebuild the post-pandemic economy. The POGO exodus resulted in some 277k-square-meters of office space becoming unoccupied last year, turning some areas of Metro Manila into a ghost town and effectively kicking the economy while it was down.

POGO KIDNAPPINGS DOUBLED IN 2020
The POGO inactivity of 2020 had an inverse effect on the number of kidnapping cases related to the sector, according to the latest statistics from the Philippine National Police Anti-Kidnapping Group (PNP-AKG). There were 17 POGO-related kidnapping incidents last year, up from nine such incidents in 2019.

There were 10 formal POGO kidnapping cases filed in 2020, leading to the rescue of 23 victims, the arrests of 33 suspects and two more suspects killed while the PNP-AKG was conducting rescue operations. As usual, the bulk of both kidnappers and victims were Chinese nationals. By contrast, land-based gambling-related kidnapping cases fell from 38 in 2019 to just 14 last year.

The year hasn’t started on a promising note, as local media reported that eight members of a kidnapping group preying on POGO workers were arrested this past weekend. The suspects, all Chinese nationals except for one local cohort, are accused of kidnapping two Chinese POGO workers shortly before Christmas, one of whom was murdered during his detention.

The Philippine News Agency quoted PNP-AKG Brigadier Gen. Jonnel Estomo saying the pandemic shutdown dried up POGO revenue, meaning “employers have no profit and in order to survive they will detain employees and … ask for money in exchange for liberty to their families abroad.” Estomo said the PNP-AKG had partnered with PAGCOR to develop an action plan to deal with future incidents of this kind.