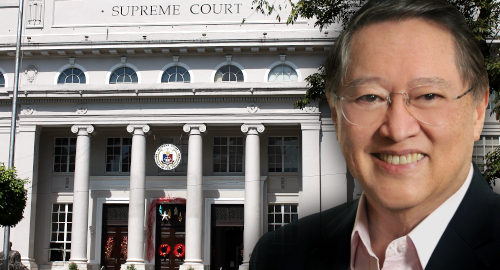 On Tuesday, the Philippine Department of Finance announced that it will halt collection of the 5% franchise tax on Philippine Offshore Gaming Operators (POGOs). The announcement followed a Supreme Court ruling on Monday granting a temporary restraining order (TRO) sought by 14 POGOs who felt the tax was a violation of their right to equal protection under the law.

The Philippine government announced the tax last September and began collecting it the following month. The tax was justified as a means of funding the government’s pandemic response but POGOs felt they were being asked to bear an outsized share of this burden.

The Manila Bulletin quoted Finance Secretary Carlos G. Dominguez III (pictured) saying that his department would “respect” the restraining order without indicating the government’s long-term response. The Philippine treasury has been severely depleted by COVID’s impact on the overall economy and the government’s share of gambling revenue fell by as much as 80% last year.

The government’s increasingly strict oversight of the POGO sector has not only impacted direct gambling tax revenue but also the economy as a whole. Many POGOs who were forced to shut down last spring due to the pandemic declined to resume operations once the all-clear sounded, leaving a major gap in the commercial real estate market.

In December, Leechiu Property Consultants estimated that POGOs vacated 277k-square-meters of office space in 2020, resulting in the loss of around 127k jobs and P1.4b (US$29.1m) in rental income.

POLICE TO VET ONLINE GAMBLING APPLICANTS
To date, only 35 POGOs have received permission to resume operations from the Philippine Amusement and Gaming Corporation (PAGCOR) and the Bureau of Internal Revenue. The latter required all POGOs to settle outstanding tax bills before being permitted to restart operations but POGOs may now have yet another hurdle to clear.

Late last month, Philippine media reported that PAGCOR chair Andrea Domingo had worked out a deal with Philippine National Police (PNP) chief Debold Sinas in which the PNP would have a role in vetting all gambling license applicants, including POGOs, to determine if their operations are ‘legitimate.’

Details of this arrangement have yet to be finalized, including whether the PNP plans to vet existing POGO licensees who have not yet received clearance to resume operations. But one detail is clear; the PNP will have to verify the legal status of an operator with PAGCOR before staging a raid on any online gambling business.

POGO WORKERS GOT SMUGGLED CHINESE VACCINE
Meanwhile, local media is abuzz with reports that as many as 100k Chinese nationals – many of whom employed by POGOs – had been inoculated with a Chinese-made COVID-19 vaccine last November. At the time, this vaccine had yet to be authorized by either Philippine or Chinese medical bodies and was reportedly smuggled into the Philippines without the knowledge of local authorities.

Harry Roque, spokesman for Philippine President Rodrigo Duterte, dismissed concerns over POGO workers being given unauthorized vaccines, saying that if the reports were true, “there will be 100k less possible carriers” of the coronavirus in the Philippines.