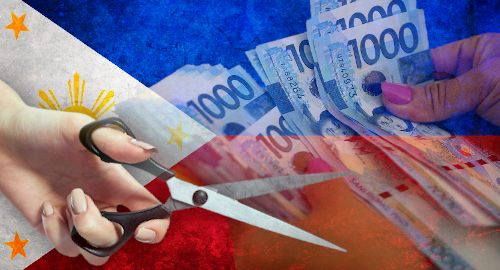 Philippines-based online gambling operators may not be fleeing the country in droves but the government’s online golden goose appears to have flown the coop, possibly for good.

On Thursday, a Philippine presidential spokesman Harry Roque tried to downplay the Finance Secretary’s Wednesday comments that Philippine Online Gaming Operators (POGO) were making a run for the border, opening up huge gaps in Manila’s commercial real estate sector as they shut down their customer support operations.

Roque told the press Thursday that there was “no mass exodus” of POGOs from the country. Roque claimed that only one gaming operator had actually left the country and that was because the Chinese government was probing it for funding demonstrators (presumably in Hong Kong).

Roque said the confusion arose because only “about 20 plus” POGO operators had been cleared by the Bureau of Internal Revenue (BIR) to resume operations following the shutdown of the POGO industry this spring due to COVID-19. The BIR subsequently said POGOs could only resume operations if they paid their outstanding tax bills.

There were originally supposed to be a maximum of 60 POGO licensees, but many of the companies on the list weren’t considered active. Recent updates from the Philippine Amusement and Gaming Corporation (PAGCOR) revised that count down to 55, although it’s still unclear how many of these are currently operational.

This week, a BIR official warned that POGO tax revenue was falling because the firms were afraid to reopen – not just due to back tax bills but also due to lingering COVID-19 concerns. POGOs hired a significant number of Chinese nationals, many of whom returned to the mainland when the pandemic shut down their operations and now can’t return due to travel restrictions.

On Thursday, PAGCOR confirmed that its monthly collection of around P600m (US$12.4m) in regulatory fees had fallen by nearly half, thanks to an 80% decline in fees from POGOs and their service providers. PAGCOR exec Jose Tria told local media that the decline would be even greater were it not for minimum guaranteed payments stipulated in POGO licenses.

Tria also revealed that the number of POGOs that the BIR had cleared to resume operations had risen from 29 a couple weeks ago to 32, although these operators were only operating at 30% capacity. Slightly more than half (111) of the 218 accredited POGO service providers have been cleared to resume operations, although 42 have formally requested cancellation of their accreditation.

In addition to five cancelled POGO licenses, five others have been suspended. It’s likely that many POGOs that have yet to resume operations had their minds made up for them last week when the government announced plans to replace the 5% online gambling revenue tax with a 5% tax on gambling turnover. If anything could turn a POGO into a no-go, that’ll do it.

PAGCOR in the red as first-half gambling action grinds to a halt
Erik Gibbs
30 July 2020
.