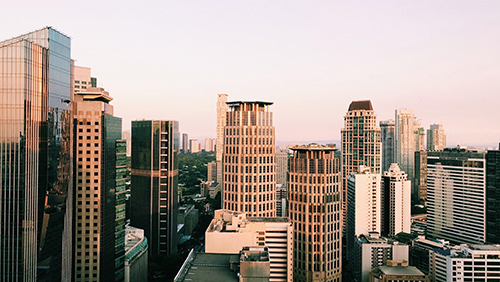 The Philippines real estate sector is bracing for the upcoming vacancies a Philippine Offshore Gambling Operators (POGOs) exodus will cause. The Philippine Star reports as much as 17 percent of office space will go vacant in the Philippines, as a perfect storm of factors will cause many POGOs to shut down or seek more favorable host countries.

This news came from a webinar hosted by the outlet. “POGO space vacancy is forecast to hit 17 percent this year and another estimated 20 to 30 percent next year,” property analyst David Leechiu said. Of the 1.7 million square meters the industry takes up, that would mean 289,000 square meters left vacant. 200 thousand square meters have already been made vacant, he noted.

The reasons for the exodus, as Leechiu sees it, are led by the increase in taxes forced by the Bayanihan 2 act, which requires POGOs to pay 5% of their gambling turnover to the government. However there’s also the obvious difficulties caused by the Covid-19 pandemic, which saw POGO offices closed due to quarantine restrictions, and China’s increasingly aggressive policy against online gambling.

In a recent special report looking at China’s anti-gambling stance, Macau Business noted that China is taking a very aggressive approach to shutting down the industry, using education, political pressure and legal crackdowns to stop the flow of yuans to the Philippines. The report noted that the Philippines likely would not bend to Chinese will, citing the importance of POGO revenues to the economy.

But by hook or by crook, POGOs are shutting down anyway. The Star noted that at least 2,000 Filipinos across the sector were laid off from the closure of five POGOs alone. It’s expected many more operations will close or move, resulting in more jobs lost. Leechiu also noted that residential businesses and rentals will decrease as a result of this exodus.

With POGOs revenues decreasing rapidly, and nothing in sight to reverse the trend, the Philippines Amusement and Gaming Corporation (PAGCOR) is starting to look to new revenue sources for the future. The regulator is starting to considering domestic online gambling offerings, with cockfighting favored to be the first legal option to come online.