Home / Casino / Adelson’s Texas lobbying may be anti-pot, not pro-casino 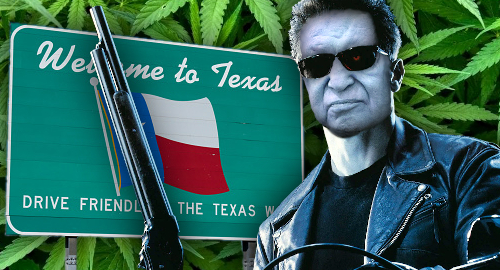 Casino titan Sheldon Adelson’s lobbying budget is sparking hopes that Texas may finally relent and allow swanky gaming parlors in some of its major cities.

On Tuesday, Austin’s NBC affiliate KXAN reported that Las Vegas Sands chairman Adelson had hired eight high-profile lobbyists ahead of the new legislative session that gets underway in January. The report also noted that Adelson had poured $4.5m into state House races in 2020.

As for what issues may lie closest to Adelson’s heart, authorizing casinos would seem to be the most obvious answer. And with the state staring into a $4.6b pandemic-aided budget hole, discussion of alternative revenue sources will loom large on the legislative agenda.

Texas has no commercial casinos, just a couple of small tribal operations and some dodgy casino ‘cruises to nowhere’ that leave from ports like Galveston. Legislators routinely introduce casinos bills that don’t go anywhere and even state racetracks’ attempts to add ‘historical racing’ pseudo-slots have been smacked down hard.

However, there may be far more smoke than fire in this scenario. For one thing, Sands confirmed last month that it was shopping its Las Vegas casino properties, the last of its US holdings after selling its Sands Bethlehem casino in Pennsylvania a couple years ago. So Sands would appear to be disengaging from the US market, not looking to put down fresh roots.

On the other hand, both Pennsylvania and Vegas are crowded casino markets, and if Adelson could convince Texas legislators to authorize only a handful of truly mega resorts – with one of these licenses reserved for Sands – then the opportunity might prove too tempting to pass up.

On the other other hand, Adelson’s interest in Texas could be aimed at squashing efforts to legalize marijuana. The dates of Adelson’s lobbying hires mirror the introduction of pro-pot bills by members of the Texas state House and Senate. The financial incentives that might give casino backers hope are also present in these proposals to legalize and tax marijuana sales.

Adelson is a strident opponent of the herb, having previously spent millions to block pro-pot legislation in Florida and millions more in other states such as Nevada and Massachusetts. His anti-drug stance is borne of personal experience, having lost a son to a drug overdose in 2005, and Adelson’s wife Miriam is a doctor focused on addiction treatment. So maybe keep the Texas casino talk down to a dull roar until his other shoe drops.