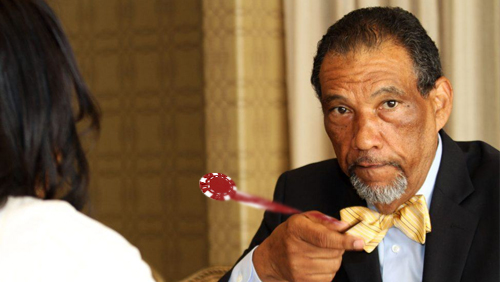 Joe Deshotel is tired of good money leaving Texas for out of state casinos. The Associated Press reports that the Texas state representative has put forward a bill that would eventually allow for casinos to be built in coastal areas. As a part of the proposal, Deshotel plans for an 18 percent on the casinos that would go towards wind insurance.

It’s to be expected that with the trend of global climate, Texas will need that insurance for future storms; but Deshotel isn’t married to the cause. As long as Texas gets casinos, he’ll be happy. “It’s something we should do regardless of whether the funds are dedicated to those issues.”

The real issue for Deshotel is in raising tax revenue. According to lawmaker, “Every bordering state to Texas has legalized gambling. We lose millions of dollars in potential tax revenue to those areas. We have the consequences of gambling, but none of the positives.”

Deshotel understands that just because you don’t put up a casino doesn’t mean people don’t want one. As he further elaborated in an interview with a local TV station, “The fact that there is not a casino in Texas, it doesn’t stop people from going to casinos in droves.”

The Texas legislature will go back into session on January 8, but it’s not expected to support the casino bill. Similar attempts in the past have been opposed by both sides of the aisle, and Deshotel doesn’t see any change in mood yet.

In other news, as we reported after the November 6 midterms, Arkansas has voted to allow new casinos. Now, thanks to local reporting, we know that $9.7 million was spent to get that result.

The report notes the biggest spender was a political action committee (PAC), “The Driving Arkansas Forward committee that promoted the casino proposal reported raising $7.1 million.” The biggest contributors to the PAC were several groups of native tribes, who stand to benefit by being the recipients of the new casino licenses.

Only $100,000 was spent on the losing side. Despite the lopsided spending, the amendment passed with just 54% in favor. It’s not easy convincing voters in the south to accept more gambling in their neighborhood.