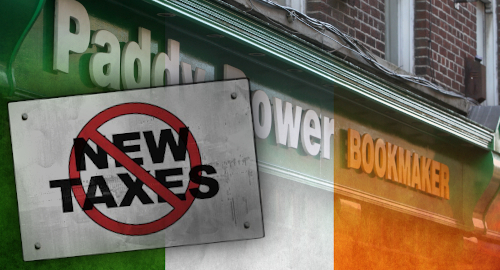 Northern Ireland’s gamblers are just fine with legalizing casinos while bookmakers in the Republic of Ireland are anything but fine over yet another tax hike.

Northern Ireland’s Department for Communities (DfC) launched a consultation last December to gauge public sentiment toward gambling. The public was invited to weigh in on everything from allowing casinos (land-based and online), the role of gambling marketing and whether Northern Ireland needed its own gambling regulator.

On Wednesday, DfC official Michael McAvera informed the government that the consultation had received 382 responses, of which three-quarters came from individuals. Around 60% of these responses favored casino legalization, while nearly two-thirds want to give retail bookmakers the right to open on Sundays.

There was also overwhelming support (97%) for requiring gambling operators to fund responsible gambling efforts and addiction programs. Full details of the consultation’s findings won’t be released for a few weeks, after which legislators will decide what actions are appropriate.

The current lack of casinos means Northern Ireland’s poker players have a tough job finding places to play (offline, at least). Gaming machines in Northern Ireland betting shops have a maximum stake of just 30p versus €5 in the Republic of Ireland and a maximum payout of just £8 (versus €500 down south).

Meanwhile, bookmakers in the Republic are bracing for a possible 0.25% hike in their betting taxes to make up for pandemic-related shortfalls in government revenue. The budget recommendation, which came via the Tax Strategy Group, suggests this hike could add an additional €8m to the treasury next year, with an annual haul of €11m in later years.

Irish bookies saw their tax on betting turnover double to 2% in January 2019, and their operations are only now emerging from their long pandemic shutdown, so clearly they’re not wild about any increase in their overhead just now. The government will release its new budget next month.

The Racing Post quoted Irish Bookmakers Association (IBA) chair Sharon Byrne saying the existing turnover tax was already “neither fair nor sustainable for our sector” and any new hike meant a “very grave and uncertain future” for her members. Byrne said bookmakers were currently reporting shop turnover down around 30% year-on-year.

However, Brian Kavanagh, CEO of Horse Racing Ireland (HRI) — a principal beneficiary of the extra cash raised off bookmakers — noted government figures showing that, while July’s betting tax take of €8.1m was less than one-third of July 2019’s figure, the 2020 year-to-date figures are down only around €2m from the first seven months of 2019.

Kavanagh suggested the year-to-date figure means betting activity was significantly ahead of last year before the pandemic struck, and thus the doubling of the turnover tax hadn’t had the catastrophic impact on betting that the IBA claims.

The government introduced modest relief for small-scale bookmakers last year that eliminated taxes on their first €50k of annual turnover. The government would raise this figure to €65k if the new 0.25% tax was imposed on the sector.