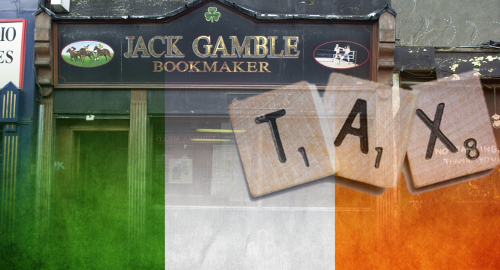 Ireland’s independent bookmakers are getting a tax break from their government, while the nation’s horseracing industry saw its annual handout frozen in place.

On Tuesday, Ireland’s finance minister Pascal Donohue unveiled the government’s 2020 budget, which was made under the looming possibility of the UK crashing out of the European Union at the end of the month and the possible chaos this could cause along the Republic’s border with Northern Ireland.

The nation’s small time bookmakers learned that the first €50k of their annual betting turnover won’t be subject to the new 2% wagering tax, which took effect in January. The tax break is intended to allow independent mom-and-pop bookies to better compete with the likes of the Stutter Group, and Donohue said the relief was subject to conditions laid down in EU state aid rules.

This summer, the government was said to be mulling a tax holiday on the first €2m of annual turnover but Donohue nixed this suggestion last month, saying there was “insufficient legal certainty” at present to justify any serious overhauling of the betting tax regime. Bookmakers had lobbied the government to switch to a more common tax on their betting revenue but Donohue said there was no “compelling case” for this switch.

The Irish Bookmakers Association would beg to differ, having predicted that hundreds of betting shops would be forced to close, particularly those of small-time operators, although even shops bearing brands like Boylesports and Paddy Power were expected to take a hit.

Meanwhile, the 2020 budget froze the annual contribution to the Irish Horse and Greyhound Racing Fund at €80m, of which €67.2m will go toward Horse Racing Ireland (HRI). The racing body, which had pushed the government to raise the sports betting tax to 2.5% of turnover, had expected that its funding would rise along with the government’s betting take.

The Irish Times quoted HRI CEO Brian Kavanagh saying Tuesday that he wasn’t surprised by the “stand still situation” for racing in the 2020 budget, acknowledging that the uncertainty surrounding Brexit meant “the immediate priority is to get the country, and the equine industry, through the next few months.”