Horse Racing Ireland is proposing that the Minister of Finance increase betting tax from 1% to 2.5%, and exchange commissions from 15% to 37.5% and the punter will pay.

The Tax Strategy Group was born out of the 2016 Finance Bill Committee Stage Debates, where a group of old fuddy-duddies chomping on cigars agreed that a thorough examination of the betting tax structure, in Ireland, was well overdue. The consultation process included all betting stakeholders, and the deadline for submission to the group passed on 19 June 2017. 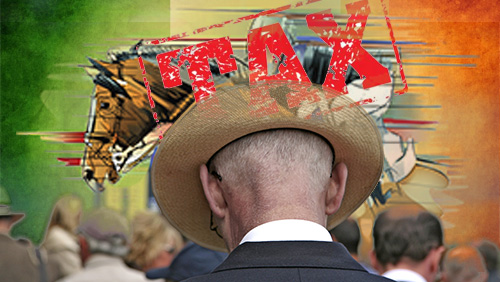 Amongst those sending papers tied tightly to the ankles of Ravens were Horse Racing Ireland (HRI), who has suggested that the 1% betting tax be increased to 2.5%, and the duty on betting intermediaries should be increased from 15% of the commission to 37.5%.

Brian Kavanagh, President of HRI, noted in their submission that the Irish betting industry used to operate to their proposed standard up until 2016 when the levy was cut. Kavanagh also pointed out that despite the Irish betting industry growing five fold since 2001, accrued tax had fallen with €68m gained in tax from a 2001 turnover of €1.1bn, compared to last year when €51m was gained from a turnover of €5bn.

The HRI proposes that the additional costs should be passed on to the punter; not the operators, and believes the move would benefit the general public as a whole. Kavanagh pointed out that the proposed changes still leave the Irish betting tax very low when compared to international benchmarks, and the tax paid by other forms of consumption outside of gambling.

The HRI has a vested interest in increased betting tax because part of the money is used to inflate the Irish Horse and Greyhound Fund, of which the HRI relies on to develop horse racing, and breeding in the country. In previous years, the fund has not been buoyant enough to provide the HRI with the latitude it needs to grow.

In 2016, the Horse and Greyhound Fund totalled €74m with €50m coming from betting tax, and a further €23m from the general taxation pot. If Ireland’s Minister of Finance, Paschal Donohoe, can manage to avoid topping up the pot, by passing on the cost to the punters, there could be a €100m kitty for the Horse and Greyhound fund. The Minister would then have €25m to put a smile on the faces of Irish families.