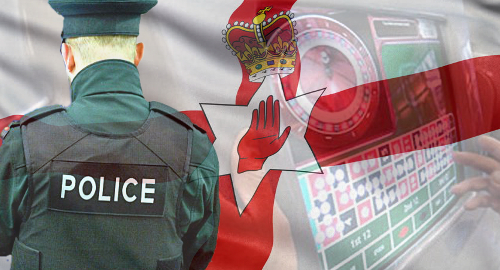 The controversy over fixed-odds betting terminals (FOBT) has spread to Northern Ireland, where a bookmaker has been arrested for suspected violations of local gambling law.

This week, BBC Spotlight reported that the Police Service of Northern Ireland (PSNI) had arrested an unidentified bookmaker following an investigation into whether the FOBTs in local betting shops were operating in violation of local laws.

Northern Ireland may be part of the UK but gambling is one of the responsibilities ‘devolved’ to local authority, and Northern Ireland hasn’t updated its gambling laws since 1985. Under that 1985 law, the maximum stake on gaming machines is capped at 30p, while maximum payouts are capped at £8.

This stands in stark contrast to current FOBT standards in the UK, which allow maximum stakes of £100 and maximum payouts of £500. However, these figures are expected to be significantly reduced whenever the UK government grows the stones to actually follow through on their public pledges.

There are an estimated 600 FOBT currently chirping and whirring in Northern Ireland betting shops run by Paddy Power, Sean Graham, McLean’s and Toal’s, along with English imports Ladbrokes and William Hill.

It’s unclear who brought the allegations against the arrested bookmaker, but there are a couple likely suspects, including anti-gambling campaigners and local purveyors of alcoholic beverages. Gaming machines have been popping up in local pubs, and around 20 pubs have been hit with legal challenges from bookmakers, who say this diversification into illegal gambling should nullify these pubs’ legal right to serve hooch.

UK bookmakers in for nine-figure windfalls from FOBT tax ruling
Steven Stradbrooke
21 May 2020
.