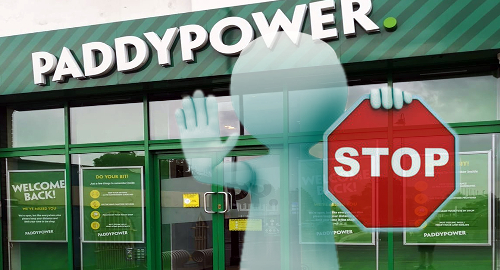 Ireland is messing with the minds of its retail bookmakers, ordering them to close their doors just 24 hours after they reopened following their extended COVID-19 closure.

On Tuesday, Flutter Entertainment’s Paddy Power brand and GVC Holdings’ Ladbrokes brand each announced they were shutting their betting shops in the Republic of Ireland. Both companies had opened their shops on Monday following what they thought was a ‘good to go’ signal from local authorities.

All Irish betting shops were closed in mid-March to minimize futher COVID-19 transmission. In late May, as Ireland’s infection curve flattened, the Irish Bookmakers Association (IBA) announced that its members’ shops could reopen on June 29. This launch date was subsequently advanced to June 8 but most major bookies didn’t reopen until this Monday (15).

Paddy Power issued a statement to RTÉ saying it had reopened its shops on Monday “in line with other bookies in Ireland, following the government guidelines on reopening of retail outlets.” The statement added that after opening Monday, “we became aware of a government specification that bookies should open on June 29,” prompting the company to shut its doors once again.

Ladbrokes similarly closed its shops but other bookies, including BoyleSports, remained open Tuesday, which marked the start of the Royal Ascot race meeting in England. IBA chair Sharon Byrne said most of the group’s members, who operate 755 of the nation’s 814 shops, had agreed that they won’t reopen Wednesday.

The IBA said it was “seeking clarity” from the government on why the organization was only informed on Monday that its understanding of the June 8 launch signal was flawed.

Similar calls for clarity are being made in Northern Ireland, where NI Turf Guardians’ Association (NITGA) members, including Toals and McLean’s, have been left in the dark as to when their roughly 300 betting shops might reopen.

The authorities had seemingly authorized most of Northern Ireland’s non-essential retailers to restart operations last Thursday but betting shops were among the exceptions to this order, along with restaurants, bars, cinemas, casinos, bingo halls and gyms.

The BBC quoted a NITGA spokesperson saying the government’s delay in clarifying the situation is forcing operators to keep around 1,000 staff on furlough. The spokesperson also pointed out that bookies had taken on extra expenses to ensure that proper social distancing requirements were being observed when they did reopen.