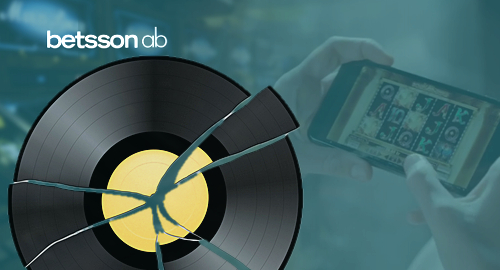 The casino vertical reported revenue rising 40% year-on-year to SEK1.28b, pushing casino’s share of the overall pie up 12 points to 84%. Mobile channels accounted for 72% of the casino bounty, and the vertical reported growth across all regions.

The pandemic-related halt of most major sports events pushed betting revenue down 34% year-on-year to SEK226.5m, reducing sports’ share of overall revenue to just 15%. While betting turnover was down ‘only’ 22%, betting margins fell nearly one full point to 6.9%. When it rains…

Betsson reports that the third quarter has started off on the right foot with daily average revenue through July 16 around 35% higher than the average for the full Q3 2019. Investors were spectacularly unimpressed, pushing the stock down 10% by the close of Tuesday’s trading.

Undeterred, Betsson CEO Pontus Lindwall hailed his company’s ability to thrive “under the most challenging conditions.” Lindwall said the immediate outlook is “naturally uncertain” but expressed confidence that Betsson’s technology, diversification and “rock solid’ financials would see the company through whatever lies around the corner.

The Nordic markets were the only region with negative growth (-7%) in Q2, which Lindwall blamed on Sweden imposing ever tighter restrictions on online operators “without empirical evidence.” Growth was highest in Western European markets (+40%), followed by Central & Eastern Europe and Central Asia (+28%).

Betsson’s ‘Rest of World’ markets accounted for just 8% of Q2 revenue but the company expects that figure to rise, having recently previewed plans to launch its Betsafe brand in Kenya. In the US of A, Betsson announced its first sports betting hookup with Colorado’s Dostal Alley Casino and hopes to be taking online wagers in the state early next year.

Betsson’s Latin American push began last December when it took a 75% stake in Brazilian race betting operator Suaposta. In June, the local firm was rebranded Betsson Suaposta and began operating from the Betsson.com.br domain. Betsson has made no secret of its desire to familiarize bettors with its brand as Brazil prepares to launch its regulated online sports betting market.

On Tuesday, Betsson made another major LatAm move by announcing that it had taken a 70% stake in Colbet, the Bogota-based operator that was licensed to operate online sports betting and casino products in Colombia in 2017.

Back in Europe, Betsson puzzled many observers last week by announcing a sponsorship deal with Spanish football club La Unión Deportiva Ibiza. The deal, which will see Betsson’s logo emblazoned on the sleeves of the club’s jerseys, seems an odd step to take given the government’s plans to prohibit such gambling brand exposure.