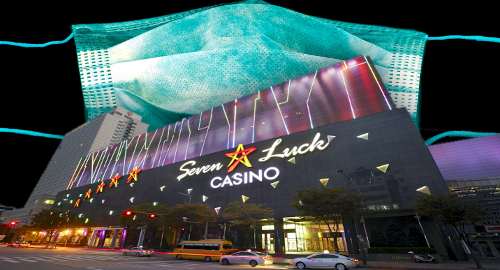 South Korea’s casino operators are discovering that reopening after their lengthy COVID-19 shutdown doesn’t mean a return to anything resembling ‘normal.’

Last week, Paradise Co Ltd reported that sales at its four foreigner-only casinos totaled KRW29.8b (US$24.5m) in the month of May, down 51.2% from the same month last year. Table games were down 52.4% to KRW27.3b while electronic gaming machines slid nearly one-third to KRW2.5b.

However grim May’s sales may seem, they represent a step up from April’s sales of just under KRW8b. April’s numbers were laid low by Paradise’s decision to close its casinos on March 23 due to COVID-19. But as the country’s infection rate slowed, Paradise reopened its Jeju Island venue on April 13 and its three mainland properties one week later.

Paradise’s fortunes largely mirrored that of Grand Korea Leisure (GKL), which operates three foreigner-only casinos under its Seven Luck brand. GKL reopened its casinos in the first week of May, but the partial month’s sales were down 73.7% to KRW10.4b, with table games down 76% to KRW8.1b and gaming machines off nearly 59% to KRW2.3b.

With South Korea’s borders still closed – and a recent spike in new infections likely to keep them closed for some time – both GKL and Paradise must rely on foreign nationals already residing in the country for customers.

Kangwon Land, the only casino in which locals are allowed to gamble, has seen that perk turned to a hindrance in recent months. Sensitive about not being seen as unnecessarily risking the safety of its citizens, the government ordered Kangwon Land closed earlier than its rivals, and efforts to relaunch operations have proven a seriously uphill slog.

Kangwon Land opened its VIP gaming rooms to foreign nationals in early May and had planned to open its main floor gaming area later that month. But that plan came to naught after the recent spike in new infections and that delay was extended again last Friday, this time to Monday, June 15. Company officials will huddle again this coming Friday to determine whether that new opening target will also have to be pushed back.