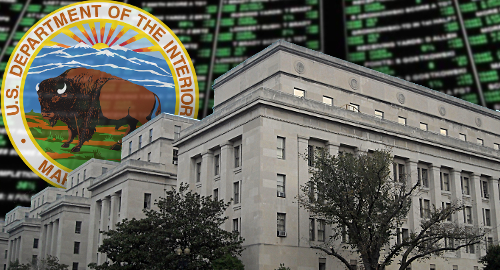 Oklahoma’s controversial tribal sports betting compacts have been approved by the federal government, while a federal court has offered new hope to a Massachusetts tribal casino proposal.

On Monday, Oklahoma Gov. Kevin Stitt announced that the US Department of the Interior (DOI) had approved the gaming compacts he inked in April with the Comanche Nation and the Otoe-Missouria Tribe. The deals allow the tribes to build additional casinos off tribal land and offer sports betting for the first time.

Those deals have been sharply criticized by everyone from Oklahoma’s Attorney General – who noted that the legislature has yet to authorize legal wagering – to the Oklahoma Indian Gaming Association (OIGA), which booted the two tribes from its ranks last month for undermining OIGA’s efforts to renew the gaming compacts of 10 other tribal operators.

While Stitt claimed Monday that the two tribes “can begin operating” under the terms of their new compacts once the documents are published in the federal register, other OIGA members warned that further litigation is now inevitable. State legislators have already asked the state Supreme Court to determine if Stitt exceeded his authority in authorizing tribal wagering.

Over on the east coast, US District Judge Paul Friedman has struck down a 2018 DOI order that reversed an Obama-era decision to take federal land into trust on behalf of the Mashpee Wampanoag tribe, which hoped to build a tribal casino on land near Taunton, Massachusetts, through a partnership with Genting Malaysia.

The DOI had claimed that the tribe didn’t qualify for land-in-trust status because it wasn’t under federal jurisdiction when the Indian Reorganization Act was approved in 1934. Judge Friedman called that view “arbitrary, capricious, an abuse of discretion and contrary to law.” Friedman returned the file to the DOI with instructions to re-evaluate the decision after “thorough consideration” of the evidence.

Tribal chairman Cedric Cromwell celebrated Friedman’s ruling, calling it “a big day for the Mashpee Wampanoag Tribe.” The tribe will now wait for the DOI’s next move, and Cromwell told local media that tribal members “hope to see justice continue to prevail.”

Initially, the DOI adopted a far more negative stance toward new tribal gaming operations under President Trump, who’d sparred with tribal operators during his tenure as a failed casino mogul. In Connecticut, the DOI inexplicably slow-rolled its approval of a joint venture tribal casino project, reportedly as a favor to commercial rival MGM Resorts, not giving its approval until shortly after DOI Secretary Ryan Zinke resigned amid a flurry of corruption probes. MGM then sued the DOI for circumventing the land-in-trust process.