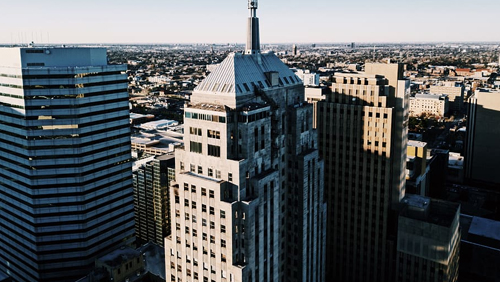 Oklahoma has been embroiled in a battle with state tribes since last year over existing gaming compacts and the financial contributions the tribes give to the government. As the dispute continues, two of the tribes, the Comanche Nation out of Lawton and the Otoe-Missouria Tribe in Red Rock, broke ranks and signed a new compact with Governor Kevin Stitt toward the end of last month. The legality of their agreement is now in question, but the fact that the tribes would consider striking out on their own hasn’t made a good impression with the Oklahoma Indian Gaming Association (OIGA). The organization has made a statement that going against the will of the group as a whole has repercussions, and has revoked membership in the OIGA for both tribes.

Oklahoma has 35 tribes that are recognized on a federal level as being Native Indian communities. The majority – 23 after the removal of the two tribes – are members of the OIGA, which works to create a united front for tribal issues in the state. In deciding to strip the tribes of their inclusion in the group, the OIGA is sending a message that all members are responsible for supporting the organization at all times. The group’s chairman, Matthew Morgan, said in a statement, “This was a difficult decision to make, but it was the correct one. Oklahoma Indian Gaming Association works best when its membership can speak frankly and with the trust that all members are working together to support our industry as a whole.”

The two ostracized tribes, however, aren’t impressed with the decision. They believe the OIGA is out of line and could simply be on a power trip. John Shotton, the chairman of the Otoe-Missouria tribe, asserts, “Regardless of the opinion of the OIGA, there are not hierarchies of sovereign nations in Indian Country. Each tribe has the right to negotiate the best compact available for their tribal government.”

Shotton added, “We still support the intentions of the other tribes to fight for the very best compact for their individual governments. I certainly hope as negotiations continue, other tribes won’t be singled out for exercising their tribal sovereignty.”

The two tribes can request to be reinstated next year; however, if they’re able to survive on their own, there may not be much reason to do so. 7 Clans Casinos, which is owned and operated by the Otoe-Missouria tribe, reopened the doors to its First Council Casino in Newkirk last week. Although table games are still off-limits, the casino is functioning from 2 PM to 2 AM each day. Some of the tribe’s other casinos, including Lil’ Bit of Paradise Casino—Chilocco, also in Newkirk and Lil’ Bit of Paradise Casino—Red Rock, remain closed.

Sports betting deal between Florida, Seminoles not doing so well
Erik Gibbs
1 May 2019
.