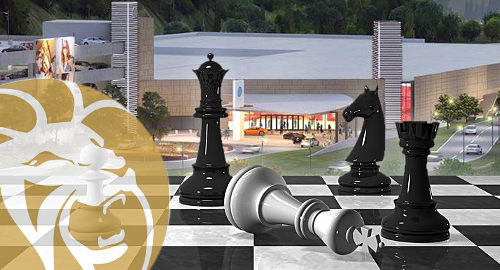 On Wednesday, MGM filed a lawsuit in the US District Court in Washington, DC, accusing the US Department of the Interior (DOI) and its Bureau of Indian Affairs (BIA) of violating federal rules in approving the two tribes’ proposed joint venture Tribal Winds casino in East Windsor, Connecticut.

The Mashantucket Pequot and Mohegan tribes – which operate Connecticut’s Foxwoods and Mohegan Sun casinos – joined forces in 2017 under the banner of MMCT Venture to build their new casino off tribal land near the state’s northern border with Massachusetts. Their intention was to intercept Connecticut gamblers who might otherwise patronize MGM Springfield just over the Massachusetts border.

In addition to mounting (ultimately unsuccessful) legal challenges of the tribes’ plans, MGM was strongly suspected of being behind the DOI’s foot-dragging on approving the tribes’ application to amend their gaming compacts with the state of Connecticut. It wasn’t until this March that the BIA finally signed off on the deal, which came not long after DOI Secretary Ryan Zinke – who was suspected of doing MGM a solid by stalling the process – had resigned under a flood of corruption probes.

MGM was undoubtedly spurred to act following last week’s release of a Connecticut legislator’s proposed bill that would allow the tribes to not only build their East Windsor casino but also another gaming venue in Bridgeport, where MGM had previously sought permission to operate. That bill would also have given the tribes the right to offer sports betting and online gambling.

Last week’s bill was in no way guaranteed to pass, in part due to opposition by Connecticut Gov. Ned Lamont, who alternatively suggested that the tribes forego their East Windsor plans and build their JV casino in Bridgeport. The tribes passed on that proposal, opting to hold out for all the gaming marbles.

Lamont’s offer to the tribes may have been intended to mollify MGM, whose Springfield property has to date performed well below expectations, a trend that would only worsen with competition from East Windsor.

It seems a moot point now, as MGM’s latest intervention means that this process may be tied up in the courts indefinitely. Moreover, because MGM’s suit is against the DOI, the tribes can’t use their previous gambit that MGM has no legal standing in this fight because it has no gaming operations in Connecticut.