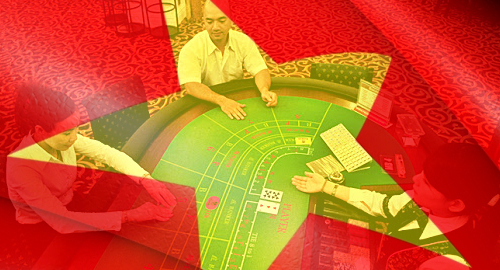 Vietnam’s casino operators are slowly coming back to life after the nationwide shutdown due to the COVID-19 pandemic.

On Wednesday, Australian-listed casino operator Donaco International announced that it had lifted the temporary closure of its Aristo International Hotel on Vietnam’s northern border with China. Donaco furloughed most Aristo staff in February as Chinese gamblers — on which the Aristo relies for most of its business — opted against travel and the property was officially closed on April 1.

Having managed to contain its COVID-19 situation, Vietnam allowed non-essential businesses to reopen as of May 8. Some casinos, such as the unfortunately named Corona Resort & Casino on Phu Quoc island, opted to open immediately. Donaco said Aristo would operate “on a limited basis” for the foreseeable future, as the Vietnam-China border remains closed for the time being.

Junket operator Suncity Group, which shut its VIP gaming room at the Crowne Plaza Danang casino on April 1, announced late last week that the room was once again open for business. Suncity previously announced that the pandemic would delay the launch of its Hoiana integrated resort project in Quang Nam province until next year.

The Grand Ho Tram Strip resort in Ba Ria – Vung Tau province, which has never really lived up to its promise since its 2013 launch, recently requested a delay in completing one of its subdivisions due to the pandemic making it impossible to obtain building material and other gear.

The letter sent to the provincial authorities said the property’s hotel occupancy rate had fallen to 10-15% as the pandemic took hold. Should the government not agree to the delay, the casino could lose the right to add additional gaming tables.

Some Vietnamese gaming operations opted against closing down during the pandemic, specifically, the illegal kind. On May 6, police in Hanoi and Saigon arrested 21 individuals accused of running a major online gambling ring that reportedly handled bets worth a staggering VND20t (US$863m) since the site’s launch in January 2019.