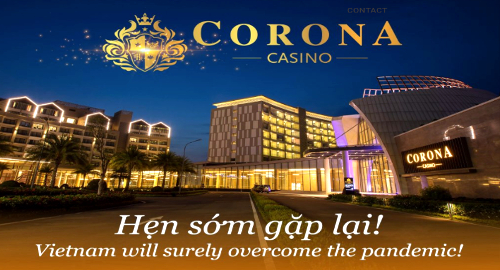 Vietnam’s casinos have joined the global shutdown movement sparked by the persistent spread of the COVID-19 coronavirus.

On Tuesday, Vietnam’s Prime Minister Nguyen Xuan Phuc issued a directive detailing a variety of social distancing measures intended on minimizing further spread of the COVID-19 pandemic. These measures, which will remain in effect until at least April 15, include a prohibition on public gatherings of more than two people.

Vietnam acted early to bar tourists from affected countries such as China and South Korea, which helped limit its current exposure to around 200 confirmed COVID-19 infections. Most of these cases are centered around two clusters at a Ho Chi Minh City hospital and a restaurant in the south of the country. The government aims to keep the number of infections below 1,000 for as long as possible.

Several local casinos have now signalled that they will comply with the government’s directive, including the unfortunately named Corona Resort and Casino on Phu Quoc island, which was one of the few gaming venues selected to participate in the government’s trial of allowing locals to set foot on a casino floor.

Australia-listed Donaco International said Wednesday that it had shut its Aristo International Hotel on Vietnam’s northern border with China, which was already enduring reduced customer traffic, forcing the company to tighten its belt. Along with the recent coronavirus-related closure of its Star Vegas casino in Cambodia, Donaco warned that the changes would have “a material impact” on its business.

Junket operator Suncity Group announced that it had shut its VIP gambling room at the Crowne Plaza Danang casino. Earlier this week, affiliated company Suncity Group Holdings announced that it was pushing back the launch of its in-development Hoaiana integrated resort in Quang Nam province until 2021 due to “the uncertainties” sparked by COVID-19.

Other local casinos, including the Royal Casino in Quang Ninh province and the struggling The Grand Ho Tram Strip Resort in Ba Ria-Vung Tau, have yet to make formal announcements regarding their plans, although it’s hard to see how they could dodge the government’s clearly stated intentions and hope to carry on operations once this is all over.