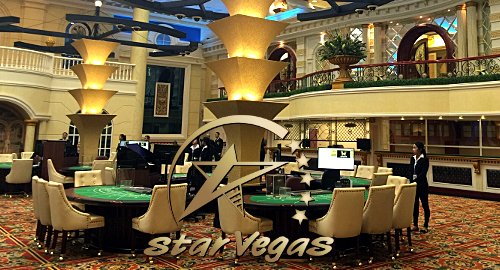 Casino operator Donaco International says operations at its flagship Cambodian gaming venue have slowed to a crawl due to the COVID-19 pandemic.

On Wednesday, the Australian-listed Donaco informed investors that the company had decided to close “most of” the hotel at its Star Vegas casino in Poipet, near the border with Thailand. The border with Thailand has been closed for two weeks and the Thai government said Tuesday that it would remain closed until at least April 5.

Donaco said total casino visitation to Star Vegas had averaged 2,430 players per day over the first 22 days of March, down around 15% from the first 22 days of February. However, Donaco noted that its VIP gambling turnover had risen 9% over the same span, suggesting that, while traffic may have slowed, high-roller traffic remains healthy.

Regardless, Donaco has arranged unpaid leave for many Star Vegas employees for March and April, while also reducing total headcount and deferring some ‘capital expenditure projects.’ Chairman Mel Ashton said the company “very much” regretted the layoffs but it was “a necessary decision for the current environment.”

Donaco also operates the Aristo International Hotel in northern Vietnam near the border with China. Aristo’s business has also seen “decreased numbers,” forcing the company to place unnecessary expenditure and all non-essential staff on hold until further notice.

The pandemic’s impact on Donaco’s operations is spoiling the bounce the company hoped to enjoy after finally resolving its multi-year legal dispute with some Thai vendors at Star Vegas. Donaco’s shares are currently trading at less than half their value at the start of the year, the result of senior management upheaval and financing issues.

SIHANOUKVILLE CASINO STAFF UP IN ARMS
A little further south, the Hao Cheng Casino in Sihanoukville has finally made things right with a number of its former staff. Around 230 former workers had staged a protest outside the venue, seeking salaries their employer had failed to pay after terminating their employment earlier this year.

The Phnom Penh Post quoted a government official saying the casino had failed to pay its former staff due to its owner being ‘financially constrained’ after the government’s new ban on online gambling took effect at the start of 2020.

On Wednesday, the casino reached a satisfactory arrangement with around 170 of the protesters, while the rest reportedly agreed to continue working at the casino. The Hao Cheng venue had the misfortune of opening its doors last July, just one month before Prime Minister Hun Sen announced his plan to ban online gambling.

A similar protest was staged outside Sihanoukville’s Yaduoli Casino this week. The Khmer Times reported that nearly 100 staff accused their employer of failing to pay their February wages, which had already been reduced due to the slowdown in business caused by the online ban. After mediation with local officials, the casino’s management reportedly agreed to pay the overdue wages by Wednesday.

The online gambling ban decimated Cambodia’s once thriving casino sector, with Sihanoukville being particularly hard hit. However, reports emerged in February that not all casinos had shut their online operations, allegedly due to connections with senior government figures.