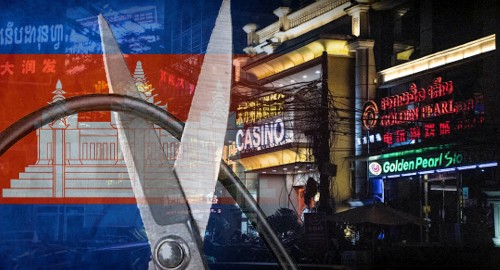 Cambodia’s casinos could face legal action if they don’t halt their online gambling operations by January 1, according to a government spokesman.

This past weekend, Hun Sen confirmed that the directive was no passing fancy, telling a local festival audience that “in days to come, online gambling will completely disappear.” The August directive declared that no new online licenses would be issued and that existing licenses wouldn’t be renewed when they expired at the end of this year.

Phearun, the government’s traditional point person on gambling issues, echoed Hun Sen’s recent comments by claiming that the online gambling ban was intended to reduce money laundering by unscrupulous operators. Phearun claimed Cambodia currently lacked the technical capabilities to ensure that all operators were complying with their regulatory obligations.

Many of the new casino licenses issued over the past two years have been for Chinese-run operations in Sihanoukville. VOA quoted a Preah Sihanouk provincial spokesperson saying that local authorities had no choice but to “implement what is set by the government” and thus Sihanoukville’s casinos will be closely monitored to ensure they’ve shut their online operations.

Phearun told the Khmer Times that there were 141 active casinos in Cambodia – down from 163 in June, a possible reflection of the exodus of Chinese operators following August’s directive – of which 89 were operating online gambling and arcade machines. Some 72 casinos are believed to be officially operating in Sihanoukville alone.

Phearun added that a “joint committee … will inspect each casino” to see if online operations are ongoing, and that “we will not wait until January … we will start to crack down on the night of December 31.” Casinos found to be flouting the new rules will face not only license revocation but also legal action.

While most Cambodians seem okay with the government’s anti-online steps, not everyone is convinced the government will allocate sufficient resources to ensure compliance. This spring, the government ordered the closure of a land-based casino in Sihanoukville that was pumping raw sewage into the sea but the owner – who at the time had been operating without a license for over a year – simply ignored the shutdown order for three months.