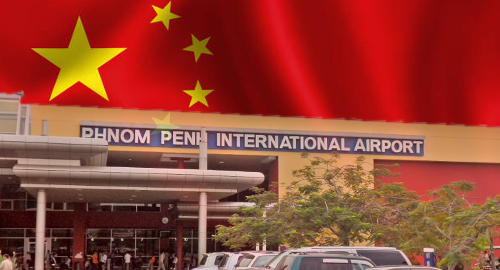 Chinese gambling operators may not be fleeing Cambodia in the tens of thousands after all and doubt is being cast on the permanence of Cambodia’s online gambling ban.

On Wednesday, the Chinese state-run media outlet Global Times quoted Lin Jiaxu, a reporter for the state-run People’s Daily, disputing widespread reports that Chinese nationals were fleeing Cambodia by the tens of thousands after the local government announced an end to its online gambling licensing regime last month.

Cambodia’s Sihanoukville region, which had witnessed a massive influx of Chinese nationals in recent years, was reportedly the base from which most Chinese had opted to flee. Chinese nationals were said to control up to three-quarters of the casinos in Sihanoukville, and many of these facilities also offered online gambling operations that catered to mainland Chinese customers.

Lin told the Global Times that the actual number of Chinese nationals who’d left Cambodia was “about 3,000 to 5,000, and most of them were driven out by the country’s online gambling ban.” Lin said many Chinese had come to view Cambodia’s gambling sector as a ‘shortcut to wealth via cheating and extortion.’

While China praised Cambodia’s decision to stop issuing any new online licenses and its pledge not to renew existing licenses once they expire, Cambodia’s government appears to be still working out the nuts and bolts of implementing this strategy.

Last week, the Nikkei Asian Review quoted Ros Phearun, deputy director of Cambodia’s Ministry of Economy and Finance (and the public face of the country’s gambling updates), saying the government was “not sure yet if it’s an absolute ban or not.”

Phearun suggested stakeholders should “wait and see the [long-delayed gambling] draft law first.” Cambodia’s government has been promising to deliver its new gambling legislation for the better part of a decade, and the latest deadline for delivery is early next year.

Some of Cambodia’s gambling licensees expressed their own doubts about the government’s commitment to the online ban but Phearun’s comments were immediately walked back by his boss, director-general Mey Vann, who told the Nikkei Asian Review that the ban was ‘definitive.’ Vann said government officials “don’t want the market doubting and waiting.”