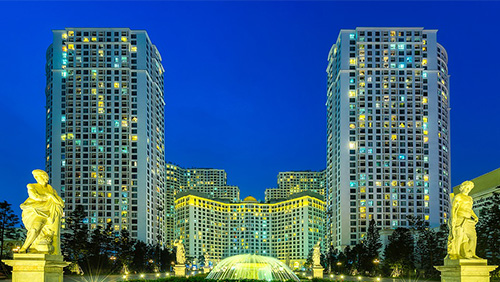 As Vietnam’s program to see whether or not it should allow locals to gamble legally in casinos—it can’t stop them from gambling illegally elsewhere—begins to show signs of life, it is apparently becoming a worthwhile industry. A pilot program established by the government that allows locals to gamble at the Corona Resort & Casino has provided its first results, and the Phu Quoc Island-located gambling venue has seen a strong positive response.

According to data provided by the casino’s parent company, Phu Quoc Tourism Investment and Development JSC, it had a pre-tax profit of $4.7 million over the first six months of the pilot program. Out of all of the company’s operations, which include hotels, restaurants, villa management and others, the casino was the only division to report a gain—all of the rest had to turn in losses during the period.

As a whole, revenue declined 10% at the company, falling to $49.7 million. On the other hand, the casino, which is managed by Uppfinity Gaming Management out of the Netherlands, saw revenue of $26.1 million—more than half of the entire amount taken in by the firm. What wasn’t made entirely clear, though, was if that figure was attributable to the property’s gaming operations, or everything at the property, including hotel accommodations and food and drink services.

Corona first opened its doors this past January. It could eventually be joined by two other gambling facilities, one in Van Don in the northern region of the country and the other in an as-of-yet unidentified location, in allowing locals to gamble. The Vietnamese government launched the pilot program to determine what would happen if it were to open up the gambling industry to the country’s residents, and how the activity might impact society or cause an increase in gambling-related crime.

The entire gambling industry across Asia is changing and Vietnam recognizes the possibilities the activity could bring to the country. Currently, many gamblers will cross into Cambodia or Laos to enjoy gaming, which means Vietnam is missing out on established revenue channels. There are also those locals with deeper pockets that make their way to places like Macau or South Korea, and Vietnam’s government is looking at ways to bring millions of dollars back home, instead of losing it to other countries.