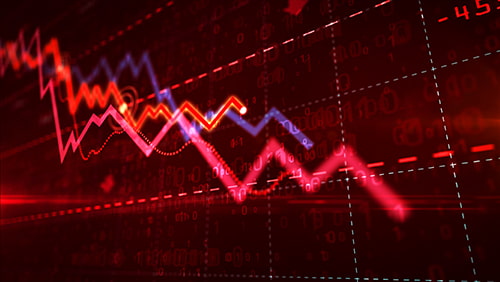 Aristocrat Leisure, the live and digital gaming equipment supplier out of Australia, released its end-of-year report for fiscal year 2020 today, and the results are mixed. The company states that it has delivered “strong full year performance and cash flows” but, at the same time, was forced to report a decline in profits. When all the numbers were crunched and the final total revealed, Aristocrat’s normalized profit for the year had dropped by 46.7% over the prior year’s results.

Aristocrat recorded post-tax profit of around US$347.1 million; however, its reported profit was entered as a little more than $1 billion, thanks, in part, to $804.98 million in a deferred tax asset. That represents a 97.2% year-on-year increase, which was shored up by improvements in its Class III premium and Class II electronic machine segments. These gained 5.9% and 0.3%, respectively, in the year, and Aristocrat adds that it saw “continued penetration” in existing markets as it continues to deliver “leading hardware configurations and high-performing game titles” to its clients.

Group revenue, on the other hand, saw a slight drop from FY 2019 to FY 2020. Aristocrat lost 5.9% over the period, showing total group operating revenue of just over $3.02 billion. Pre-EBITDA (earnings before interest, taxes, depreciation and amortization) group earnings stumbled, as well, with the company taking a 31.8% hit. That figure came in at $797.6 million, producing an EBITDA margin of 26.3%, down from the 36.3% it saw a year earlier.

Shareholders received a little bit of good news with the filing, though. Aristocrat plans on giving them a little holiday bonus and confirmed that it will pay an end-of-year dividend. The company didn’t pay an interim dividend this year because of the COVID-19 pandemic, but is ready to hand out some rewards now. Investors shouldn’t expect anywhere close to the $0.41-per-share they received in 2019, though, as Aristocrat only plans on paying $0.073 this time around. Overall, that’s a hefty sum that amounts to an expense of $46.78 million, made possible through the company’s “effective COVID-19 response,” as well as its continuing improved performance.

Aristocrat has had to trim its operations this year, just like almost everyone in the gaming industry, because of COVID-19. However, the company is ready to charge ahead, and CEO and Managing Director Trevor Croker sees a bright future. He said as part of the filing, “In May, we said that Aristocrat entered the Covid-19 challenge in good shape. Six months on, and notwithstanding the uncertainties that remain, we believe we’re well placed to emerge from this period in even better shape. Our results for the full year to September 30 demonstrate that we have enhanced our financial fundamentals and further accelerated our underlying operational momentum, despite the exceptional challenges and volatility generated by Covid-19 on our business, customers, players and people across the majority of the period.”