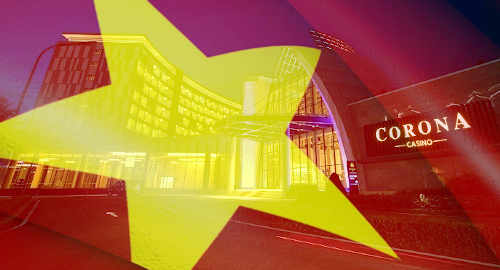 Some of Vietnam’s casino operators may catch a break on their financial commitments after gaming revenue and contributions to state coffers surged higher.

Figures released this week by Vietnam’s Ministry of Finance show the country’s eight operational casinos generated revenue of VND2.5t (US$107.4m) in 2019, from which the casinos contributed VND1.34t to the state budget.

The 2019 revenue figure was 60% higher than 2018’s VND1.56t, which was in turn 31% higher than 2017, the first year that Vietnam approved a decree allowing a trial of lifting the prohibition on local residents gambling in casinos.

The Corona Resort & Casino on the island of Phu Quoc in Kieng Giang province was selected to serve as the locals gaming guinea pig starting in January 2019. The Corona attracted a total of 105,200 guests last year, of which 47,400 (45%) were Vietnamese citizens. The Corona’s 2019 revenue hit VND1.43t, giving it nearly 60% of the overall market.

The Sun Group’s casino project in the Van Don Economic Zone in Quang Ninh province has also been approved to accept locals, except the casino has yet to be built and isn’t expected to be fully developed until 2029. Moreover, Sun Group is seeking further concessions from the government before putting shovels into earth.

For one, Sun Group wants the project’s license extended from its current 50 years to 70 years. Second, it wants some break on Vietnam’s minimum capital requirements of US$2b for integrated resort developers.

The Ministry of Finance appears sensitive to these concerns, and has proposed allowing casino backers in underdeveloped regions like Van Don who have made significant infrastructure investments in the same region to count portions of those investments for up to 25% of the $2b minimum. The Ministry also wants to lift the requirement for operators to invest half that $2b before receiving their gaming license.

In Sun Group’s case, the company has already spent big on infrastructure projects, including the Van Don International Airport and a connecting highway.

The Ministry has also asked the government to allow casino licensees greater freedom to advertise their services. The Corona casino has sought the right to promote its products on the island beyond the actual property limits, something not currently permitted.

However, lest operators get too enthusiastic, the Ministry is also asking for permission to impose greater administrative sanctions on casinos that color outside the regulatory lines.