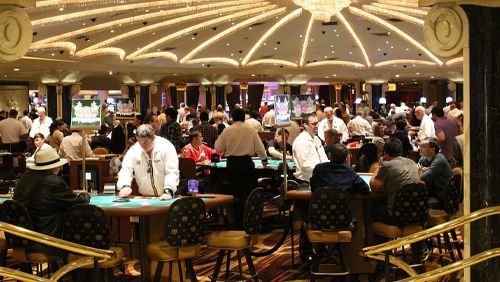 The casino resort being developed in Hoiana, Vietnam with the help of Suncity Group Holdings continues to move forward, even though it ran into a couple of hurdles because of the coronavirus. That isn’t surprising, given the amount of damage the entire gambling industry has taken, but the world can’t stop just because of a few setbacks. That’s why Suncity has been able to work out a few deals to help put the financing behind the project in order, which should make everyone a little more comfortable about the future of the massive project.

Suncity told the Hong Kong Stock Exchange this week that it had been able to negotiate a deal on no-interest convertible bonds, as well as a promissory note, which the casino junket operator had received to acquire its stake in the resort. The instruments are valued at $77.4 million, and were enough for Suncity to be able to pick up 34% of the project, which it is developing alongside VinaCapital Group and VMS Investment Group. Through the new arrangement, the maturity date on some of the bonds and on the promissory note has been extended to August 2022, two years later than the original arrangement.

The instruments were expected to mature next month, so getting the extension takes a lot of pressure off Suncity. The company explained in its filing with the Hong Kong bourse that “full or partial conversion of the convertible bonds on August 28, 2020 in the absence of the [proposed] extension” will lead to “less than 25 percent of the company’s issued share capital being held by the public.” The HKSE still has to sign off on the arrangement.

Yesterday, more financial good news came to Suncity and Hoiana when the company reported that it had picked up a loan from one of its backers. Star Admiral Ltd., a wholly-owned subsidiary of Suncity, has handed over $30 million and another $30 million is coming from Gold Yield Enterprises Ltd. The latter is an entity jointly owned by Star Admiral and Alpha Era Investments.

For the Hoiana project, Suncity has secured around $159 million in additional financing, on top of the original investments. Star Admiral and Gold Yield, both registered in the British Virgin Islands, have previously injected huge amounts of cash into the development, but see the opportunity to make significant returns. According to the terms of the new loan, the interest rate is 14%, and accrued interest has to be paid every quarter.

Hoiana started a soft launch last month, allowing certain individuals and gamblers to have a taste of what’s to come. Now with renewed confidence as a result of the financial arrangements, Suncity doesn’t foresee any issues with the resort fully opening its doors to the public sometime next year as planned.