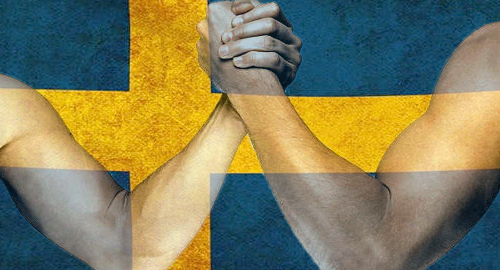 Sweden’s gambling operators have weighed in on the government’s proposal to severely limit online casino deposits, losses and bonuses for the rest of the year to minimize pandemic-related excess.

Last month, Social Security Minister Ardalan Shekarabi unveiled a plan to impose a weekly gambling deposit limit of SEK5k (US$500), along with loss limits for online casino play and a cap on bonus offers of just SEK100. Stakeholders were invited to submit any comments by this Thursday.

With that window now closed, some operators have begun sharing their views with the public. Patrik Hofbauer, CEO of state-run operator Svenska Spel, who claimed not to have seen “any direct increase in risk gambling since COVID-19 hit the world,” said his group “do not see that further regulations are justified at present.”

However, Hofbauer offered an alternative three-step plan to achieve Shekarabi’s aims of protecting Swedish gamblers from potential harm. If online casinos are the problem, apply the new limits only to online casino products and leave other verticals alone. Hofbauer urged Shekarabi to follow the lead of gambling addiction researchers, who view loss limits as more effective than deposit limits.

BOS says its members have had “a hard time seeing the dramatic increase” in online casino play Shekarabi cited as justifying the new limits, and accuse Shekarabi of failing to present evidence to support his claims.

BOS argues that, prior to the January 2019 launch of Sweden’s regulated online market, most of the companies that served Swedish punters did so with a license issued in another European Union member state. At present, most of the unauthorized online casinos targeting Swedish customers are licensed in Curaçao and other non-EU jurisdictions, “where consumer protection is very deficient.”

BOS scoffs at Shekarabi’s vow to get tough with international sites, noting that “the state has essentially already had these tools at their disposal ever since the re-regulation of the Swedish gaming market, and that their effect has so far been absent.”

BOS notes that Shekarabi wants to apply the new limits to the online casino vertical, which BOS studies have shown has the lowest ‘channeling’ rate, aka steering customers to Swedish-licensed sites. Yet Shekarabi has talked about exempting horserace betting from the new limits, despite race betting having the highest channeling rate of all verticals.

As for Shekarabi’s plan to limit time spent on gambling sites, BOS wants to know if this applies to total time on site or time spent actually gambling. And what about online sportsbooks that stream live events — does viewing time count even if no betting is involved? Will online poker players be automatically logged off if the tournament they’re playing runs long?

BOS warned that it believes Shekarabi’s proposals will result in “a channel level so low” that it calls into question Sweden’s licensing regime and will lead to an increase in problem gambling prevalence. Oh, and BOS also believes the proposals will violate EU law, so a legal challenge appears to be a given.

MATCH-FIXING BEGONE!
BOS filed a separate response regarding plans by Sweden’s Spelinspektionen regulatory body to minimize match-fixing by restricting the types of wagers its licensees can offer. It’s similarly dismissive, suggesting that the regulator’s “actions on this issue are upsetting and incomprehensible from any perspective based on facts.”

BOS notes that “almost all suspected bets are made on betting which the Gaming Inspectorate intends not to ban.” (Emphasis in the original.) Should these rules take effect, BOS suggests that the current betting channelization rate of 80-85% will fall by a further 5.9 percentage points.

SPER US THE GRIEF
The response from Sper, Sweden’s overall gambling industry association, says the group’s members share the government’s aim of protecting consumers during the pandemic but “express strong concern over the impact of proposed temporary measures on their operations.”

Sper members have yet to see “a change in risk behavior or increased problem gambling” during the pandemic. Sper claims that Swedish Tax Agency statistics showing a 20-30% rise in online casino revenue in the first quarter of 2020 are misleading, because “turnover in early 2019 was affected by many players distributed bonuses to new customers, which reduced real sales.”

Sper also challenged the proposed bonus limit, saying there is “no evidence that the bonuses now offered have caused any problems.” Finally, Sper believes the government’s proposed June 1 implementation for the new limits is too little time for operators to rejig their systems and expect it to work without any hitches.

LEOVEGAS TAKES THE HIGH ROAD
Online casino operator LeoVegas, one of the original signatories to the BOS letter to Shekarabi, has taken a different approach to the Minister’s concerns. The company just rolled out a new Swedish marketing campaign with a focus on responsible gambling, including the tagline: “A royal gaming company must take royal responsibility.”

The campaign, which features hockey great and LeoVegas brand ambassador Tommy Söderström, was intended to counter the “great ignorance and misunderstanding of the business and its industry logic,” according to LeoVegas communications director Hans Uhrus.