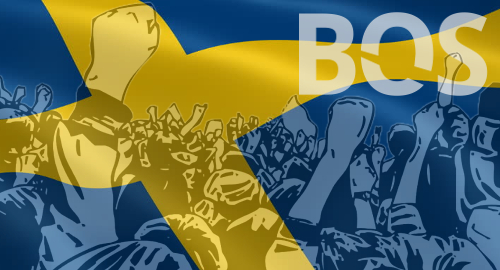 More Swedish-licensed online gambling operators have signed their names to a letter protesting the government’s plans to impose even tougher limits on deposits and bonus offers.

On Tuesday, BOS announced that CEOs representing Swedish-licensed operators ComeOn Group, Suprnation, Hero Gaming, Video Slots Ltd, Quickspin, Casumo and Betway had added their names to the letter, which BOS republished in full, just in case anyone missed the point the first time around.

BOS boss Gustaf Hoffstedt said the 12 signatories “represent about half” of Sweden’s regulated online gambling market (presumably in terms of revenue, as the Spelinspektionen regulatory body has licensed 70 online operators). Hoffstedt called on “all gaming company CEOs” bearing Swedish licenses to add their names, regardless of whether they were BOS members.

The gist of the letter is that the ever tightening restrictions on Swedish-licensed operators were chasing local gamblers into the arms of internationally licensed gambling sites, which are increasingly viewed as providing the best value for punters’ money.

The BOS claim this shift is robbing Sweden’s government of its ability to monitor its citizens’ online gambling activity, and with it any possibility of moderating problem gambling behavior before the damage is done. In other words, the government’s policies are achieving the exact opposite of their stated goals.

Hoffstedt said Tuesday that Swedish-licensed online operators “can no longer withstand attacks” from Shekarabi when he “should be its chief defender.”

The KO took issue with Mr Green (and L&L Europe Ltd’s Karl Casino) sending promotional offers to individuals who’d signed up for the Spelpaus self-exclusion program. Mr Green countered that the case involved individuals who’d registered with Spelpaus a mere 24 hours after the company had checked to see if their names were on the list.

Given that it took the company up to 10 hours to customize its mailing list after checking with Spelpaus, Mr Green said it “does not actually have the opportunity” to follow the KO’s orders to the letter. The company further argued that the fine was excessive given that it had “immediately taken correction” once its mistake was discovered and thus a fine of just SEK50k was more appropriate.

The KO argued that Mr Green only had itself to blame if its technology was incapable of issuing promotional offers in a more timely manner after verifying customers’ Spelpaus status. The Court agreed, saying Mr Green had the option of choosing to verify a much smaller batch of customers if that’s all its technology could handle.

The Court noted that Mr Green has a respectable annual turnover and thus SEK2m wasn’t going to break it. The Court therefore rejected Mr Green’s desire to lower its penalty.

Jesper Karrbrink on moving on from Mr. Green to new opportunities
Video
1 April 2019
.