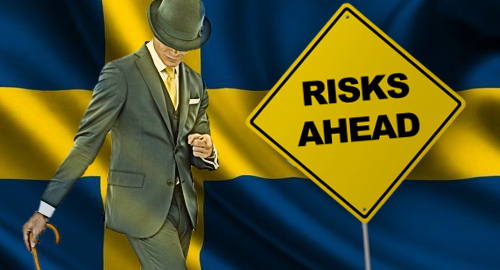 The KO says it launched its investigations into the two operators this summer following complaints from self-excluded customers who continued to receive email and direct mail marketing. In both cases, the operators blamed a mix of systems and human error, while Karl Casino also severed ties with an affiliate following the KO’s intervention.

Both operators insisted that they’d upgraded their systems to ensure future compliance but the KO warned that future transgressions of this sort will result in each outfit being hit with a financial penalty of SEK2m (US$208k).

The Spelpaus system was launched in January as part of the country’s shift to a regulated online gambling market. To date, a total of 45,612 Swedes have opted for some form of online gambling time-out, the options for which range from one month to ‘until further notice.’

The KO is coming off a court victory last week against Global Gaming’s Ninja Casino brand, which was found to be in violation of the ‘moderate’ advertising requirements in Sweden’s new gambling regulations. Global Gaming’s Swedish license was revoked in June for social responsibility and anti-money laundering shortcomings.

The UK Gambling Commission (UKGC) signed a memorandum of understanding with Spelinspektionen that took effect on November 11 and calls for the two bodies to share information and provide operational assistance to “match the sophistication of global gambling commercial operations.”

Spelinspektionen previously cited a UKGC enforcement action against online operator LeoVegas to limit the company’s Swedish license duration to two years rather than the standard five-year period. LeoVegas recently won an appeal of that limitation in a Swedish court.